Doctors, nurses among hundreds charged with defrauding US health programs 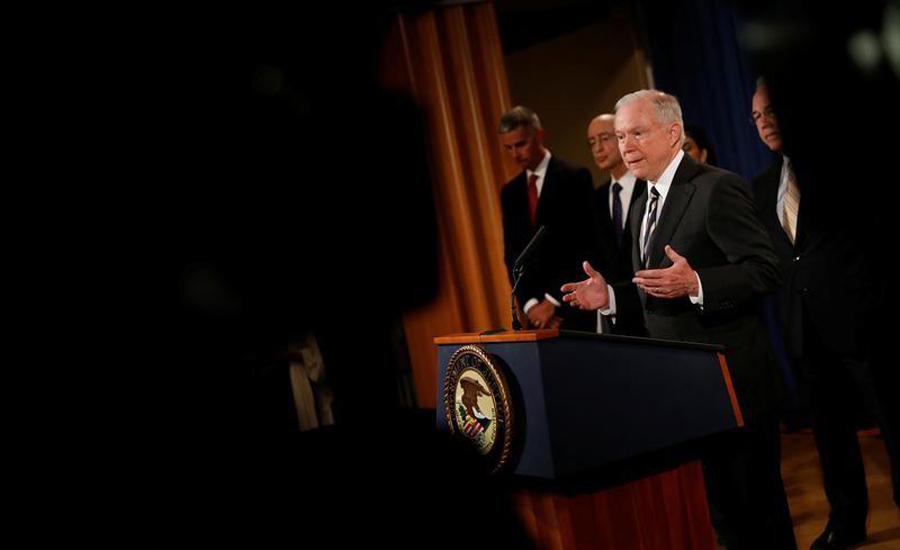 Doctors, nurses among hundreds charged with defrauding US health programs

WASHINGTON – More than 400 people, including doctors and nurses, have been charged with defrauding Medicare and other federal healthcare programs of $1.3 billion, with many accused of illegally distributing opioids and other narcotics, the Justice Department said on Thursday.

A total of 412 people, including almost 115 doctors, nurses and other medical professionals, have been charged in the sweeping enforcement action, the biggest ever by the multi-agency Medicare Strike Force, the Justice Department said in a statement.

More than 120 people were accused of illegally prescribing and distributing opioids and other dangerous narcotics, charges that come as about 91 Americans die daily from opioid-related overdoses.

"Too many trusted medical professionals like doctors, nurses and pharmacists have chosen to violate their oaths and put greed ahead of their patients," Attorney General Jeff Sessions said in the statement. “Amazingly, some have made their practices into multi-million-dollar criminal enterprises."

Those charged participated in schemes that billed Medicaid, Medicare and TRICARE - which serves military personnel, veterans and their families - for unneeded drugs and treatments that were often never provided, the Justice Department said. Medicaid and Medicare provide healthcare for the poor and elderly.

In many cases, healthcare providers paid cash kickbacks to patients and others in exchange for medical data that would allow them to file fraudulent bills to Medicare, the Justice Department said.

In addition to the hundreds charged, the Department of Health and Human Services has launched suspension procedures against almost 300 medical service providers, including doctors, nurses and pharmacists, the Justice Department said. –Reuters