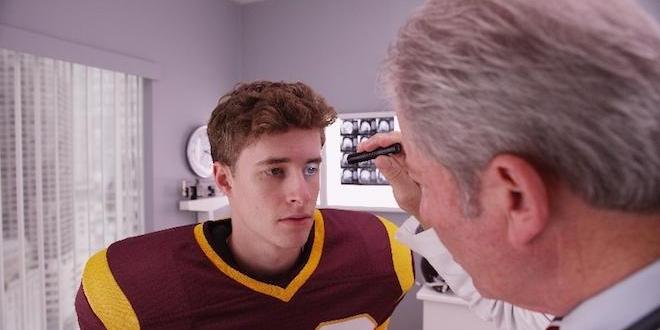 NEW YORK (Reuters ) - Most doctors who treat young athletes for concussion know that the injury increases the risk of having a car accident, but barely half counsel their patients against driving, a US study suggests. Researchers invited members of the American Medical Society for Sports Medicine to complete a 24-question online survey about their attitudes toward driving after a concussion and what they tell their patients. The study team examined answers from 333 doctors who had managed at least 12 concussions per year. “In our study, 83 percent of physicians felt that concussion put individuals at a greater risk of a motor vehicle crash yet fewer than half, 49 percent, routinely counsel their patients about driving,” said lead author Dr. John Lucas IV of the Sports Medicine Institute at the Spartanburg Regional Healthcare System in South Carolina. “Based on my professional opinion, it is probable that concussions are impairing many important skills that are critical to driving tasks such as reaction time and decision making,” he said in an email. But more research is needed to get a better understanding of how concussion affects driving. The question of whether teenagers should be driving after a concussion came up between Lucas and a fellow physician and when they looked into the topic, they found there was little research on it, he said. “What we did find were the alarming statistics that motor vehicle crashes are the number one cause of death of teenagers and the number one cause of death in NCAA athletes,” Lucas added. In the current study, 82 percent of the doctors surveyed indicated that they did not implement testing to determine whether or not an athlete is ready to return to drive, and just over 30 percent said they do not have clear return-to-drive criteria, according to the results in British Journal of Sports Medicine. As a physician who treats teens with concussions, Lucas thinks doctors need to start having conversations with their patients about possible dangers of driving while concussed. “In terms of what physicians should be advising, we need more research. For now, I think it is best for patients diagnosed with a concussion to find alternative means of transportation until symptoms have resolved or at least significantly improved,” he said. To further investigate the question, Lucas and his colleagues have partnered with Clemson University International Center for Automotive Research. “We are using driving simulators to compare key driving tasks in young adults with a concussion to healthy peers,” he said. In the meantime, Lucas’ advice is to restrict driving following a concussion to ensure the patient’s safety as well as the safety of other road users. “There are objective ways of measuring the issues associated with concussion such as neurocognitive testing, reaction time testing, ocular motor evaluation and vestibular testing,” said neuropsychologist Michael “Micky” Collins, director of the University of Pittsburgh Medical Center Sports Medicine Concussion Program, who wasn’t involved in the study. “I agree with the authors that consideration and discussion should occur and further study is warranted to examine the effects of driving and teens with concussion,” Collins said in an email. The scope of those studies should also be expanded to include the elderly as that area of research is also limited, Collins added. “Until that research is done, individualized decisions should occur that include the advanced tools available to measure concussion. Clinicians should refer patients to a specialty center where appropriate, individualized recommendations and treatment plans can occur for concussion,” he said.