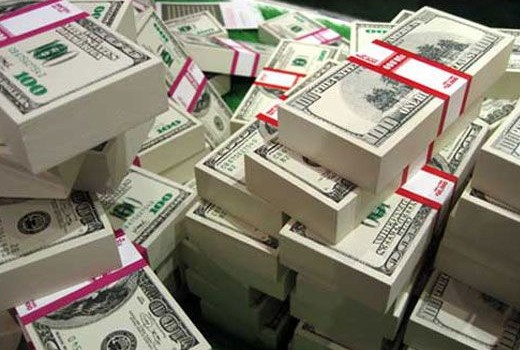 NEW YORK - The dollar fell against a basket of currencies on Friday, ending a decent month on a sour note as a record-low rise in U.S. employment costs in the second quarter dialed back bets the Federal Reserve would raise interest rates later this year. The euro rebounded strongly against the greenback following Thursday's losses in the wake of encouraging inflation data in the euro zone. A nearly 3 percent drop in Brent crude oil prices hurt the Norwegian crown, Australian dollar and other commodity-linked currencies, but they turned higher as the greenback stumbled on the disappointing 0.2 percent gain in labor costs in the second quarter. "It knocked the knees out of the dollar longs. It took everyone by shock," said Boris Schlossberg, managing director of FX strategy at BK Asset Management in New York. Some analysts had reckoned a rise of at least 0.5 percent in the employment cost index would seal the deal for the Fed to hike rates, perhaps as early as September. A stronger-than-forecast report on U.S. Midwest factory activity took some of the sting out of the ECI report. The greenback trimmed its losses in late trading following comments from St. Louis Federal Reserve Bank President James Bullard in an interview with the Wall Street Journal, who downplayed the tepid ECI figure. "We are (in a) good position to make the first normalization move," Bullard told the paper, adding he was open for a rate hike in September. The dollar index fell 0.33 percent at 97.230 after being down more 1 percent. It was up 1.8 percent in July. The euro rose over 0.4 percent against the dollar at $1.0981, reducing its monthly loss to 1.4 percent. The dollar fell 0.2 percent to 123.93 yen after touching a near seven-week high on Thursday. It gained 1.2 percent versus the yen in July. The next big moment for the greenback will be the July U.S. jobs report, which, if it shows further jobs growth, may spur traders to add bullish bets on the dollar, analysts said. Meanwhile, currencies closely linked to oil and commodities prices fell earlier Friday on fears about global oversupply and diminishing demand from China before they recovered on the dollar's downturn. The dollar ended flat against the Norwegian crown at 8.1667 crowns for a monthly gain of 4.1 percent. - Reuters