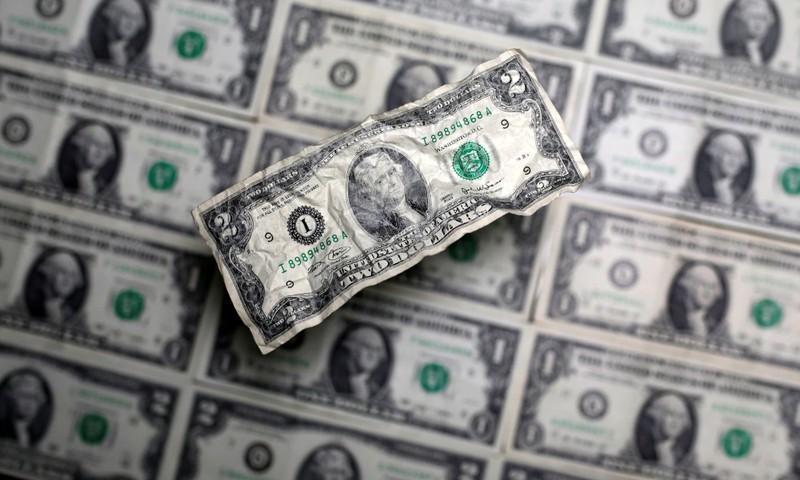 SINGAPORE (Reuters) - The dollar slipped against peers on Monday, as traders placed bearish bets due to rising expectations that the Federal Reserve would put its policy tightening on pause in 2019. Risk appetites were strong in Asian trade, thanks to China’s aggressive monetary easing on Friday to address a sharp economic slowdown and to hopes that Washington and Beijing can strike a comprehensive trade deal. The euro advanced 0.22 percent versus the dollar while the Australian dollar, often considered a barometer of global risk appetite, rose 0.2 pct and touched its highest level since Dec. 20. Against the yen, the greenback fell 0.41 percent, fetching 108.09. “The newsflow we have seen since Friday has lifted sentiment,” said Michael McCarthy, chief markets strategist at CMC Markets in Sydney. “The market certainly liked what (Fed Chair Jerome) Powell said on Friday and the reaction has been negative for the dollar.” McCarthy also said China’s cuts in bank reserve requirements “are very important and have lifted commodities... this should be supportive for the Australian dollar.” On Friday, Powell told the American Economic Association that the Fed is not on a preset path of interest rate hikes and that it will be sensitive to the downside risks markets are pricing in. Despite Friday’s stronger than expected US December jobs data, many analysts believe the world’s largest economy is losing momentum and further rate hikes are the last thing it needs. Powell’s comments that the central bank is “prepared to shift the stance of policy” boosted investor sentiment and sent US stocks soaring on Friday. The dollar outperformed other currencies in 2018 due to the Fed being the only major central bank to hike rates. If the Fed holds rates in 2019, analysts see slim chances of further greenback appreciation. US 2-year and 10-year Treasury yields fell sharply over the last couple of weeks indicating that bond traders see little chance of the Fed raising rates this year on the increased likelihood of a growth slowdown in the world’s largest economy. However, few analysts still see scope for the Fed to raise rated in 2019. “Last Friday’s strong US jobs data suggested that recession fears were overblown,” said Philip Wee, currency strategist at DBS in a note. “With the Fed only looking to pause rate hikes, the market is likely to have gotten ahead of itself in pushing at the US 2-year and 10-year bond yields below the Fed Funds Rate last week,” he added. Wee said he still expects the Fed to hike rates twice this year. The dollar index, a gauge of its value versus six major peers, stood at 95.96 at 0406 GMT Monday, down 0.2 percent from an intraday high of 96.16. After a slew of weaker-than-expected manufacturing data, Chinese authorities on Friday cut reserve requirements for all banks by 100 basis points. The move frees up $116 billion for new lending as it tries to reduce the risk of a pronounced fall in the pace of economic growth. The size of the cut was at the upper end of market expectations, and the net funds released would be the largest amount in the five reserve requirement reductions since January 2018. Analysts expect further monetary stimulus from Beijing in 2019. Ray Attrill, head of currency strategy at National Australia Bank, thinks it may be reasonable to expect as many as four 100 bps cuts this year. The dollar lost 0.2 percent versus the offshore yuan to 6.8490. Financial markets are also optimistic about US officials meeting with their counterparts in Beijing this week for the first face-to-face talks since President Donald Trump and President Xi Jinping on Dec. 1 agreed to a 90-day truce in their trade war. The two sides have until March 1 to make a deal, after which Trump has pledged to ramp up tariffs to 25 percent, from 10 percent, on $200 billion worth of Chinese imports. Sterling rose 0.12 percent versus the dollar at $1.2742. Commodity currencies such as the Canadian dollar gained 0.1 percent versus the greenback at C$1.3361 due to a rebound in oil prices.