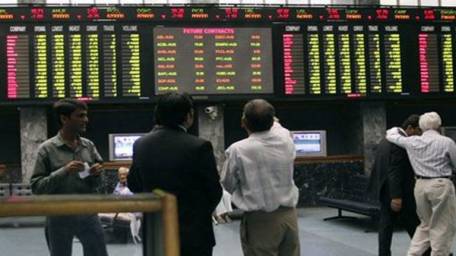 KARACHI (92 News) – The value of US dollar further declined by 23 paisa against Pakistani Rupee in interbank market, while Pakistan Stock Exchange (PSX) crosses 40,000 points on Thursday. As per reports, dollar is being traded around Rs131.90 in inter bank. However, the PSX continued its bullish trajectory propelled by renewed investor confidence after Saudi Arabia pledged to provide Islamabad with $6 billion in financial assistance. The benchmark KSE-100 index gained another 763 points to push the index above 40,000 points. It was trading at around 40,040 points as of 11am. On Wednesday, the dollar value was declined by Rs1.89 in interbank market while it was traded around Rs132. In open market its value was recorded at Rs133 after a decline by 90 paisa. Earlier, the rupee rebounded sharply after the dollar fell after the report that Pakistan secured a $12 billion aid package from the Saudis. The dollar traded at Rs132 in the opening hours of the interbank market, down Rs1.9 from the previous day’s closing rate of Rs133.9. The Pakistan Stock Exchange registered gains, as its benchmark KSE-100 index surged by 1,227 points to reach 38942.53 points. The index gained by 3.26 per cent as the market opened on Wednesday, a day after Saudi Arabia has announced a US$12 package for Pakistan in three years during Prime Minister Imran Khan’s visit to the kingdom. On Tuesday, according to a press release issued on Tuesday, Prime Minister Imran Khan visited Saudi Arabia on the invitation of the Custodian of the Two Holy Mosques, King Salman bin Abdulaziz to participate in the Future Investment Initiative (FII) Conference on October 22-23. The Crown Prince agreed to the prime minister’s suggestion to reduce visa fee for Pakistani workers, which is a significant step towards enhancing Pakistan’s workforce in Saudi Arabia, as well as facilitating travel of people from both countries. Far-reaching decisions on bilateral economic and financial cooperation were also agreed.