Dollar value falls by Rs5.86 as China lends $2b to Pakistan 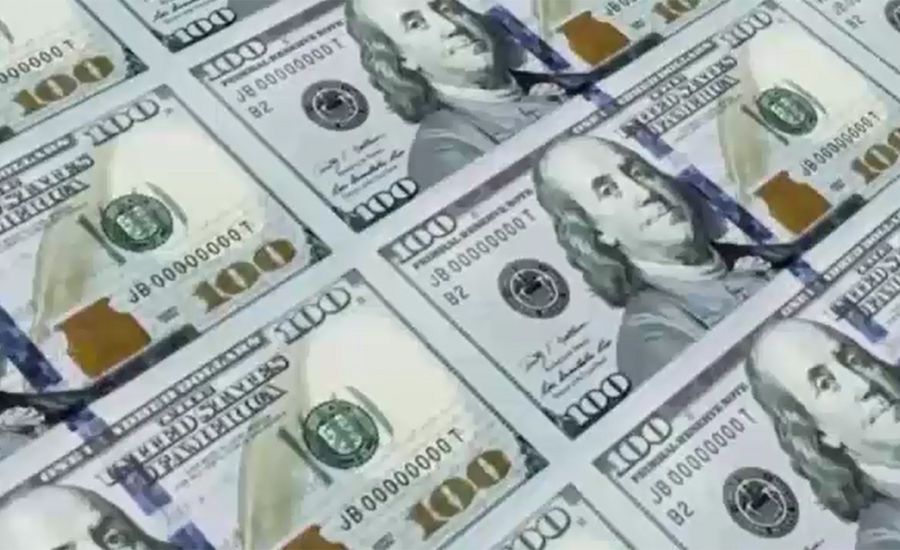 Dollar value falls by Rs5.86 as China lends $2b to Pakistan

KARACHI (92 News) – The value of the dollar against the rupee decreased by Rs5.86 in the interbank market while Rs 4 in open market as China granted a $2-billion loan to Pakistan. According to the details garnered, exchange currency association also confirmed the news that after a period of 4 years, a prominent decline in the value of dollar is seen today, in interbank market. After falling the value of US Dollar 5.86, the US Dollar was recorded Rs122 from Rs127.86. The value of the rupees has been increased in trade business. Due to the increasing value of rupees, the amount worth 450 billion of loan has been reduced from the country's burden. Regarding with the interbank, the value of rupee also increased in the open market as US dollar falls value one rupee. Exchange Association General Secretary Zafar Paracha said that US Dollar is selling 123 rupee instead of 124 in open market. He predicted that the value of US Dollar may further fall in coming hours. Pakistan has received $1 billion from China. The remaining $1 billion is expected in the coming week. This has brought the value of dollar down from Rs127.86 to Rs122. The State Bank has received $1 billion from China. As of July 26, the State Bank had $9.1 billion while commercial banks had over $6 billion. The total of the country’s foreign reserves is $15.72 billion, said State Bank officials. On August 2, the foreign reserves of the State Bank will go up by $1 billion as China’s loan will be added. It is pertinent to mention here that the dollar rose to Rs128 in the interbank market on July 16, a 5.3% increase from July 13 when it was trading at Rs121.46. On July 17, the value of the dollar rose to Rs128.40 as the value of rupee fell by another 40 paisas against the US dollar. In January, the dollar was trading at Rs110.7 against one rupee but has since increased 15.6%, reaching an all-time high of Rs128 on July 16 due to pressures on the country’s external front. Pakistan’s trade gap has widened to $37 billion as imports are 2.5 times higher than exports.