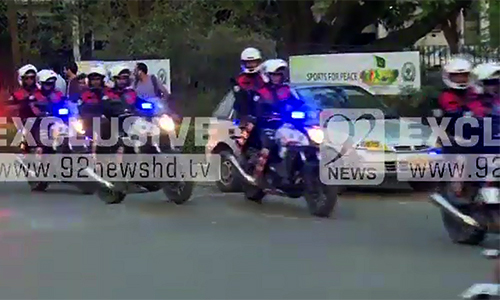 LAHORE (92 News) – The Dolphin Force held the flag march in Lahore on Wednesday. The Punjab police’s new force with its heavy bikes marched on the city first time. The force patrolled in the areas of Liberty Chowk, Main Boulevard Gulberg, Qaddafi Stadium and Ferozepur Road.