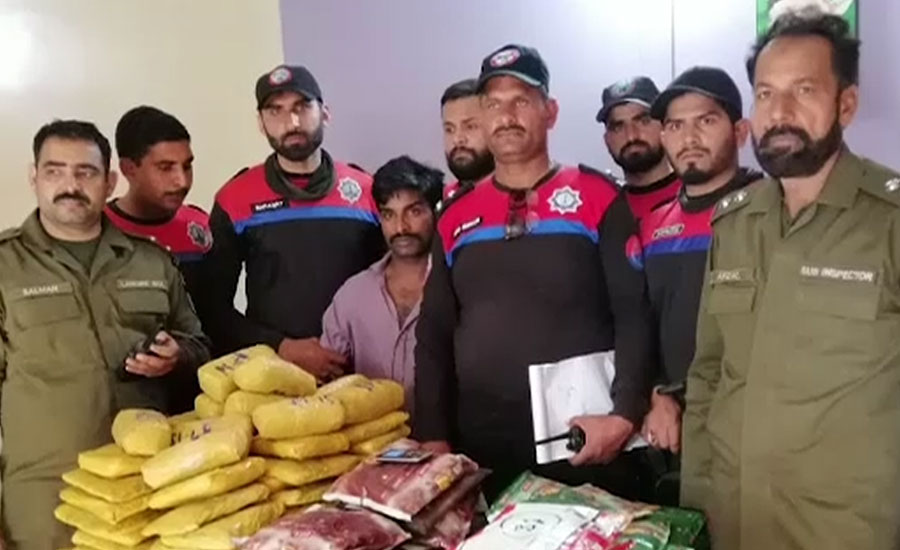 LAHORE (92 News) - Dolphin Squad foiled an attempt to smuggle a good quantity of narcotics in the provincial capital on Saturday, arresting two drug-peddlers on Multan Road. Officials spotted a suspicious vehicle on Multan Road and found two and half maund chars and opium concealed in parts of the vehicle. The patrolling officials took suspect Riasat of Toba Tek Singh into custody along with his accomplice. The suspects were handed over to the local police for further interrogations. Police would quiz Riasat to whom he was going to supply narcotics. The seized narcotics is estimated in millions of rupees.