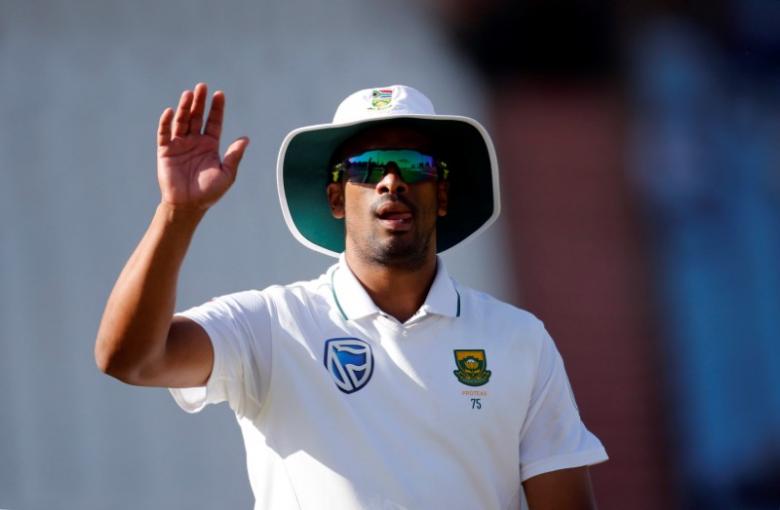 ST GEORGE - South Africa's bowlers needed a little more than an hour of the final day's play to dismiss Sri Lanka for 281 in their second innings and claim a 206-run victory in the first test on Friday. Kyle Abbott struck twice and Vernon Philander, Kagiso Rabada and spinner Keshav Maharaj mopped up the tail to complete a comprehensive victory for the hosts at St George's Park and conclude a satisfactory start to the three-match series. "We had to toil hard for this one but the bowlers got great benefit today from all the hard work they put in," winning captain Faf du Plessis told reporters. South Africa took the last five wickets for just 41 runs. "We expected we would need to work hard to get all their 10 wickets but our seam attack has proven itself and we have been playing some really good cricket lately," he added. Sri Lanka had displayed dogged resistance on Thursday after being set a mammoth target of 488 early on the fourth day and stymied South Africa's hopes of wrapping up the result with a day to spare. A day of toil for the home attack produced just five wickets but by stumps, captain Angelo Mathews and Dhananjaya de Silva were the last recognised batsmen for Sri Lanka and needed to dig in on Friday to give their side any chance of salvaging a draw. However, Mathews departed in the third over of the day, trapped leg before wicket by Abbott for 59 and then De Silva followed four overs later in similar fashion for 22. Philander had to change direction on his follow through but made good ground to snatch a one-handed catch to remove Rangana Herath for three off his own bowling. Rabada then sent Dushmantha Chameera back without scoring with a searing delivery that took a healthy edge. Nuwan Pradeep was the last wicket to fall, bowled by Maharaj for four, leaving Suranga Lakmal unbeaten on 19. "I thought we could have batted a lot better. We played some terrible shots today and that was our downfall," Mathews said. "We need to get more runs on the board for our bowlers to bowl at in the next tests." South Africa, who won the toss and opted to bat, amassed 286 in their first innings and Sri Lanka scored 205 in reply. South Africa's second innings was declared on 406 for six. Both teams have little time to recover before the second test at Newlands in Cape Town begins on Monday. -Reuters