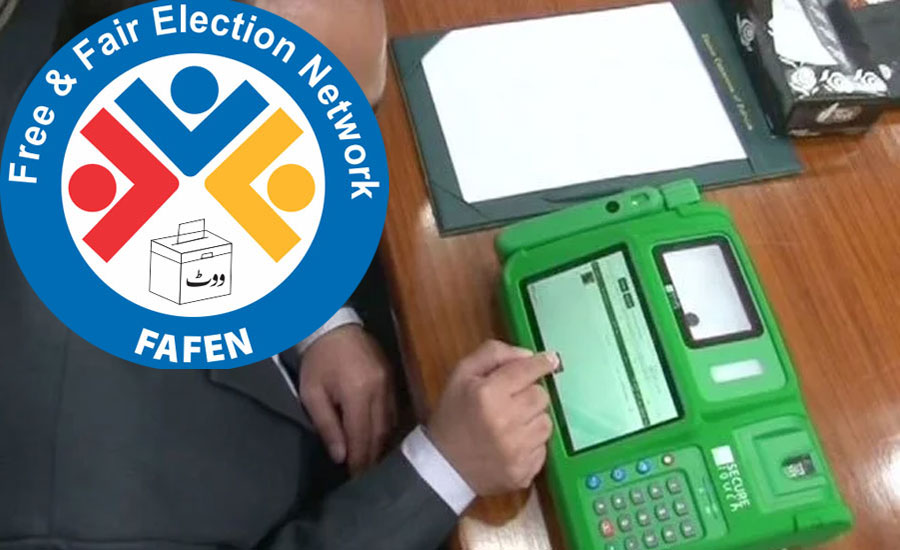 ISLAMABAD (92 News) - The Free and Fair Election Network (FAFEN) has advised the government not to delay into introducing amendments like electronic voting machine and biometric machines.

In its latest statement, the FAFEN recommended the federal government to conduct a referendum on the proportional representation system and use of electronic voting machines. The network also proposed a political debate and dialogue on electoral reform, as well as a referendum on electronic voting machines and a system of proportional representation.

The FAFEN called for measures to ensure the impartiality of state and government agencies in the electoral process. It also urged the government to desist from any haste in introducing the changes to the Elections Act, 2017, particularly the adaption of electronic voting and biometric machines.

The network also recommended conducting a ‘broader public debate and political discourse on the much-needed electoral reforms’ and urged to conduct a referendum as permissible by the Constitution on such matters of public importance by taking the questions to the Pakistani people as a way to strengthen democracy.

The institution offered that it could present the suggestion if the premier shows a willingness to conduct a referendum, whereas, the recommendation could be presented in a joint session of the Parliament.