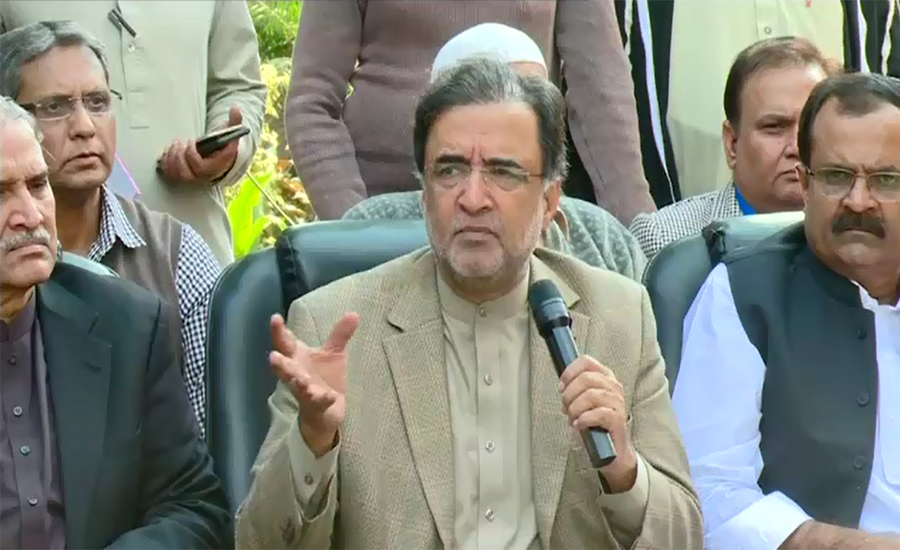 LAHORE (92 News) – PPP leader Qamar Zaman Kaira has said that they do not want bitterness in the country. Addressing a press conference on Tuesday, he said that the entire PML-N was on roads when the verdict was announced against Nawaz Sharif. “Shehbaz Sharif has been arrested and Mian Sahib has become silent,” he said. The PPP leader said that Asif Zardari himself is contesting his case. The PPP leader said that the opposition has always extended support for democratic stability. “Some ministers beg for vote while others do just character assassination,” he maintained. He said that the prime minister, if he has, should give proofs to the NAB and the FIA. “The PTI is just slinging mud on its opponents,” he said. Qamar Zaman Kaira said that the prime minister is still on the container. “We do not want to oust the government,” he added. Central Punjab secretary information Hassan Murtaza said that he will try to come up to the trust of the party leaders. “The PPP will support the PML-N in the Senate elections. Bilawal Bhutto has also given the approval in this regard,” he said. He said that they are supporting the PML-N as it has admitted its past mistakes in the House. “The PTI is a fascist party and its leader Imran Khan is the real Nazi,” he maintained.