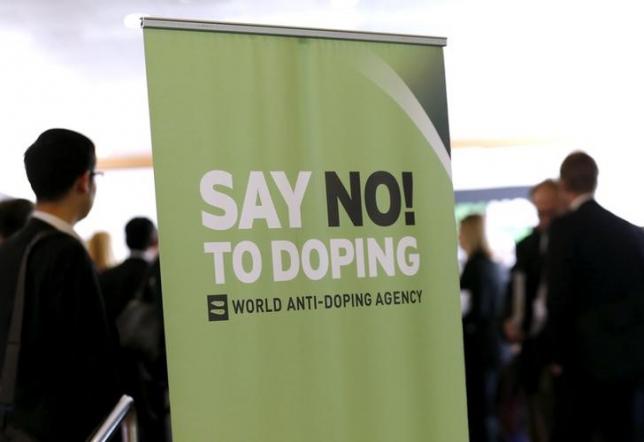 KUALA LUMPUR - Tests to detect performance-enhancing drugs in athletes are improving, but even the newest have limitations, testing experts say, following recent reports of widespread doping in athletics. Most doping tests are designed to identify known substances. But athletes are constantly on the lookout for chemicals that are not on testers' radars. Increasingly, these are genetically-engineered products that mimic the body's own hormones and proteins. One such drug popular among athletes is Epogen. Made by Amgen Inc it is a recombinant version of erythropoietin (EPO), a substance produced in the kidney and used by the body to form oxygen-carrying red blood cells. It is used to treat anaemia associated with chronic kidney disease. Some athletes misuse Epogen to increase endurance and boost performance. It is on the list of substances banned by the World Anti-Doping Agency (WADA). "We have a way to detect EPO but it's difficult," said Dr. Don Catlin, former director of the UCLA Olympic Analytical Laboratory. "It takes a couple of days to do and it's expensive, so sports organizations who pay for the testing don't like to order it." Concerns over doping resurfaced over the weekend after Britain's Sunday Times and Germany's ARD/WDR said they had obtained data from the International Association of Athletics Federations (IAAF) suggesting extensive doping in athletics between 2001 and 2012. The IAAF on Tuesday described the European reports as "sensationalist and confusing" and said there was no evidence any athlete had failed a drugs test. It refuted any notion that it had not used all available tools to target suspected dopers. TESTING: DIFFICULT AND EXPENSIVE Among the problems facing testers are the costs and difficulties of detecting drugs. An EPO test, for instance, will only identify the drug if it was used within the previous 48 hours, said Catlin, who is considered one of the most prominent anti-doping experts in the field. A single EPO test can cost $300 or more. Human growth hormones are also hard to identify and expensive to test for, added Catlin. Anti-doping experts are increasingly turning to a new approach that monitors an athlete's blood profile over time and can detect changes in its overall composition that could be the result of doping, whether or not a specific banned substance is discovered. This profile is known as an Athlete Biological Passport (ABP). "Unusually large disparities between an athlete's historic values and values obtained from a recent test may alert officials of doping or a medical condition requiring closer examination," the Swiss Laboratory for Doping Analyses, which helped develop the ABP, explains on its website. Cycling was one of the first sports to introduce the ABP in 2008. The ABP has various modules. The most advanced is the Athlete Hematological Passport, which measures an athlete's blood profile and could alert testers to attempts to boost the blood's oxygen-carrying capacity, the Laboratory says. Another module of the passport is based on hormones secreted by the athlete's endocrine system. A subsidiary of the endocrine module is a steroidological passport used to detect the abuse of testosterone. New markers may be introduced in the future. WIDE OPEN GAPS The ABP is a useful additional tool, but it has limitations too, said Catlin, whose lab helped create many of the tests currently used to detect performance-enhancing drugs. An individual's haemoglobin levels can vary from day to day. Low haemoglobin could be due to anaemia or some other condition. If that were the baseline, a bounce back to normal could look suspicious if the test is not used carefully. To avoid incorporating normal shifts into the suspicious category the level constituting a positive test has to be set so high that there is room underneath to avoid detection. "The passport is constantly being modified to make it better and stronger," said Catlin, a former member of the International Olympic Committee (IOC) Medical Commission. "You just have to be darn careful as to how you set the rules." According to the IOC, the sports world spends about $300 million on testing a year. Yet WADA figures show the number of adverse findings in 2014 was just 1.1 percent, down from 1.3 percent in 2013. "Sports organizations set aside only so much money for testing and when that's gone, it's gone," Catlin said. "There are wide open spaces when people don't order tests." Mark Adams, an IOC spokesman, said the answer may not be more testing but "smarter, more targeted" testing. The IOC now keeps samples for 10 years and re-tests them periodically as new technology becomes available, he said. Already some athletes have been caught years later. -Reuters