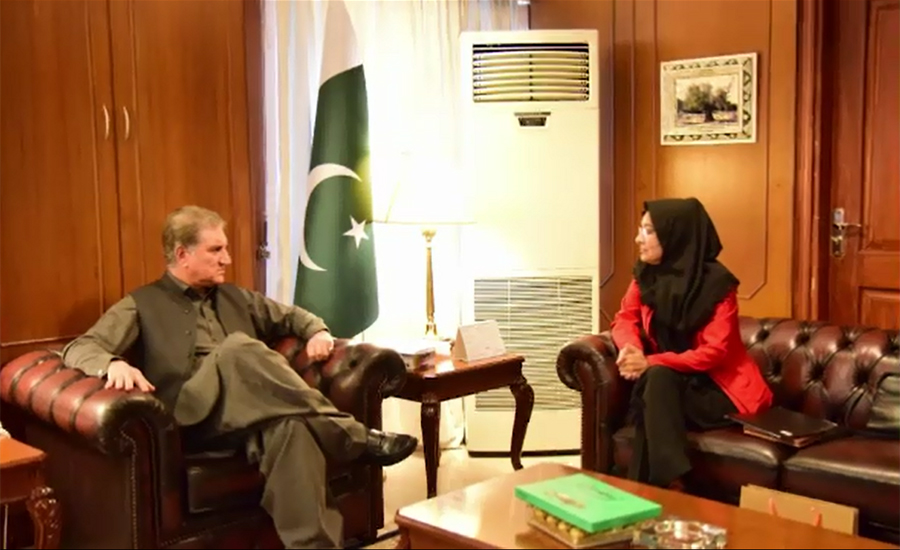 ISLAMABAD (92 News) – Fauzia Siddiqui, the sister of Dr Afia Siddiqui, called on Foreign Minister Shah Mehmood Qureshi at the Foreign Office on Tuesday. The minister apprised Fauzia Siddiqui of government’s efforts for the release of Dr Afia Siddiqui from the US jail. "We have also spoken to the Pakistan consulate general regarding protecting Dr Aafia's legal and human rights." He said that the government has issued special directions to the Pakistan consulate general in Houston to follow the case. Shah Mahmood Qureshi promised all possible diplomatic efforts to bring Aafia back. Last week, Qureshi said that the government will make all efforts on the diplomatic level to bring Dr Aafia back to Pakistan. FO spokesperson Muhammad Faisal last week said Pakistan has raised with the United States the issue of Dr Aafia but no decision has been taken regarding her release as yet. The Pakistani government had raised the issue of "respecting the human and legal rights" of Dr Aafia with US Ambassador Alice Wells who visited Islamabad on November 7. On June 7, 2018, the Supreme Court of Pakistan summoned a report from the Pakistan Embassy in Washington on Dr Aafia, after a three-member bench, led by Chief Justice Mian Saqib Nisar, heard a petition filed by Dr Fouzia. Dr Aafia was indicted by a New York federal district court in September 2008 on charges of attempted murder and assault, stemming from an incident during an interview with the US authorities in Ghazni, Afghanistan — charges that she denied. After 18 months in detention, she was tried and convicted in early 2010 and sentenced to 86 years in prison.