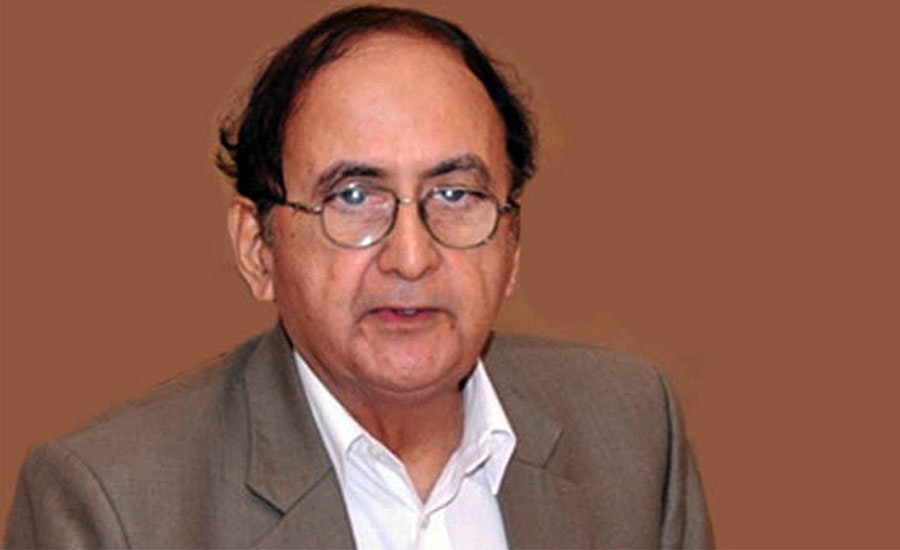 LAHORE (92 News) – Election Commission of Pakistan (ECP) on Thursday has selected Dr Hasan Askari Rizvi as the caretaker Punjab chief minister. A consultative meeting chaired by Chief Election Commissioner (CEC) Sardar Raza Khan held in Election Commission of Pakistan (ECP). The has been attended by all four ECP secretaries. In the meeting, four names were overviewed for caretaker Punjab CM which was suggested by the government and the opposition parties. After consultative meeting, the ECP nominated the analyst and professor Dr Hassan Askari as caretaker Punjab chief minister after a parliamentary committee failed to reach a consensus over the proposed candidates. Senior analysts Dr Hasan Askari Rizvi and Ayaz Amir were the nominees of opposition while the Punjab government gave names of former naval chief Admiral Muhammad Zakaullah and Justice (retd) Sair Ali for the post. Addressing to the press conference after the meeting, ECP Additional Secretary Akhtar Nazir said that the matter regarding Punjab caretaker CM was sent to the ECP in accordance with article 224 of the constitution. He said that Dr Hassan Askari was selected as Punjab caretaker CM after consultative meeting. The ECP also told that the ECP has received the names for caretaker CM from Balochistan Assembly. He said that the ECP will decide the final name for Balochistan caretaker CM today or tomorrow. Dr Hassan Askari is a Pakistani political scientist and military analyst, noted for his work in comparative politics, nuclear weapons and the country's domestic policy. Earlier on Tuesday, the commission had finalized name of Justice (r) Dost Mohammad as caretaker chief minister of Khyber Pakhtunkhwa while it will also select the name of caretaker Balochistan CM as provincial parliamentary committee was failed to reach consensus about it. On Wednesday, the parliamentary committee meeting ended in deadlock after the government and opposition representatives failed to agree on one name.