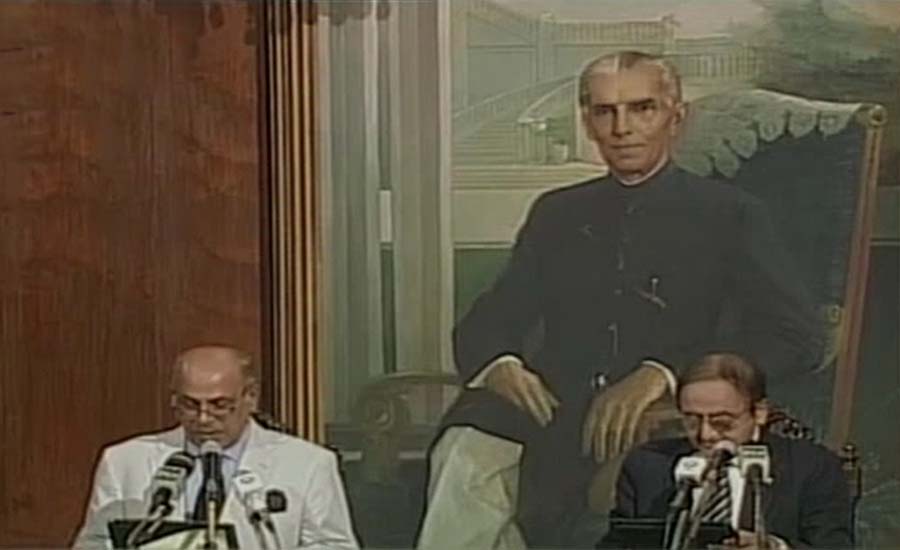 LAHORE (92 News) – Dr Hassan Askari on Friday took oath as the Punjab caretaker chief minister at Punjab Governor's House. As per detailed garnered, Punjab Governor Malik Muhammad Rafique Rajwana administered the oath to him. A large number of dignitaries attended the ceremony. In special conversation with 92 News, Hassan Askari assured that he will be removed the PML-N's reservations with his unbiased efficiency. Earlier on Thursday, after the reservations from the Pakistan Muslim League-N (PML-N) leaders, Askari reportedly rejected the PML-N demand saying his opinions and views were unbiased. The Punjab interim CM said he would ensure free and fair elections. Prior to the previous government’s hue and cry over his nomination, Askari said his chief responsibility was to support the ECP in holding free and fair elections not deemed objectionable by any political party. Moreover,  the oath-taking ceremony of Balochistan's caretaker chief minister is expected to be held at the Governor House in Quetta at 5pm today (Friday).