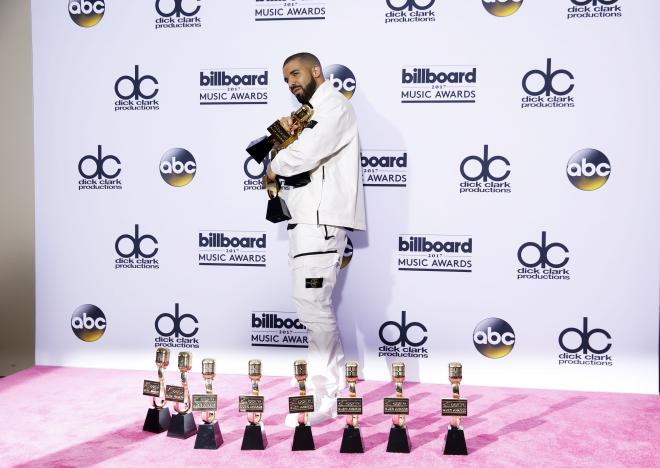 Rapper Drake grabbed a record 13 wins at the 2017 Billboard Music Awards on Sunday, eclipsing Adele's previous record of 12 awards in 2012.

"I want to say, hold tight Adele, because when a new thing drops you'll be back to get the record back," the Canadian recording artist said in accepting one of his awards at the star-studded event held in Las Vegas.

Beyonce and Twenty One Pilots each took five awards, although they were absent from the ceremony. The Chainsmokers earned four, including top collaboration and top hot 100 song for "Closer" with Halsey.

The Icon Award for achievement in music went to Cher, 71, who gave a heartfelt speech after performing two of her biggest hits -- "Believe" and "If I Could Turn Back Time".

Canadian singer Celine Dion delivered an emotional performance of her award-winning song "My Heart Will Go On" from the soundtrack of the movie "Titanic" to mark 20 years since its release.

Dion, who was Billboard's Icon last year, lost her husband and former manager Rene Angelil to cancer in 2016. –Reuters