Drinking diet soda linked to a widening waistline with age 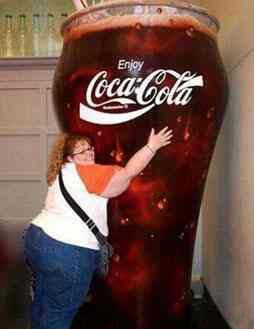 Drinking diet soda linked to a widening waistline with age

CHICAGO - People over age 65 who drink diet soda daily tend to expand their waistlines by much more than peers who prefer other beverages, possibly contributing to chronic illnesses that go along with excess belly fat, according to a new study. Research in other age groups has directly associated drinking sodas that replace sugar with artificial sweeteners and increased risk of diabetes, metabolic syndrome and preterm birth, said lead author Dr. Sharon P.G. Fowler of the University of Texas Health Science Center at San Antonio. The new study only observed people over time, and did not test whether drinking diet soda actually caused gains in abdominal fat, she cautioned. “We can’t prove causality but there is quite a consistency in observational studies,” Fowler said. For older people, who are already at increased risk for heart and metabolic diseases, increasing belly fat with age just adds to health risk, Fowler and her colleagues write. To see what role diet soda might play, the study team followed people over age 65 for an average of nine years. The study started with physical examinations and questions about daily soda intake among 749 people who were over age 65 when first examined between 1992 and 1996. By 2003-2004, 375 participants were still living and had returned for three more examinations.
People who reported not drinking diet soda gained an average of 0.8 inches in waist circumference over the nine-year period compared to 1.83 inches for occasional diet soda drinkers and more than three inches for people who drank diet soda every day, according to the results in the Journal of the American Geriatrics Society.
The authors had taken other factors like physical activity, diabetes and smoking into account. “It cannot be explained by the calories,” said Dr. Francisco Lopez-Jimenez of the Mayo Clinic in Rochester, Minnesota, who was not involved in the study. People who drink diet soda may be more likely to overeat in other areas, he told Reuters Health. “The main point is for those who drink a lot of soda, diet or not, there may be a relationship with obesity,” Lopez-Jimenez said. “I think it probably is true that for some people, if they are not being really hardcore about losing weight and getting a healthier lifestyle, if they switch over to diet soda that allows them to have an extra slice of pizza or a candy bar,” which translates to actually consuming more calories than would have been in a can of regular soda, Fowler said. But another possibility is that there is a real causal relationship at the molecular level, which she believes is the case. Diet sodas are very acidic, more so even than acid rain, and the acidity or the artificial sweeteners may have a direct impact on things like gut microbes, which influence how we absorb nutrients, Fowler noted. “Calorie free does not equal consequence free,” she said. Although it’s still unclear if diet soda actually causes dangerous changes to health, Fowler hopes that frequent users will try to wean themselves onto other beverages, like fresh brewed coffee, tea or mineral water with natural juices added. “It’s possible to find things without sweeteners or dose the sweetener themselves,” she said. The study doesn’t justify a recommendation to avoid soda, but it does very clearly show that drinking diet soda does not lead to weight loss, Lopez-Jimenez said. - Reuters