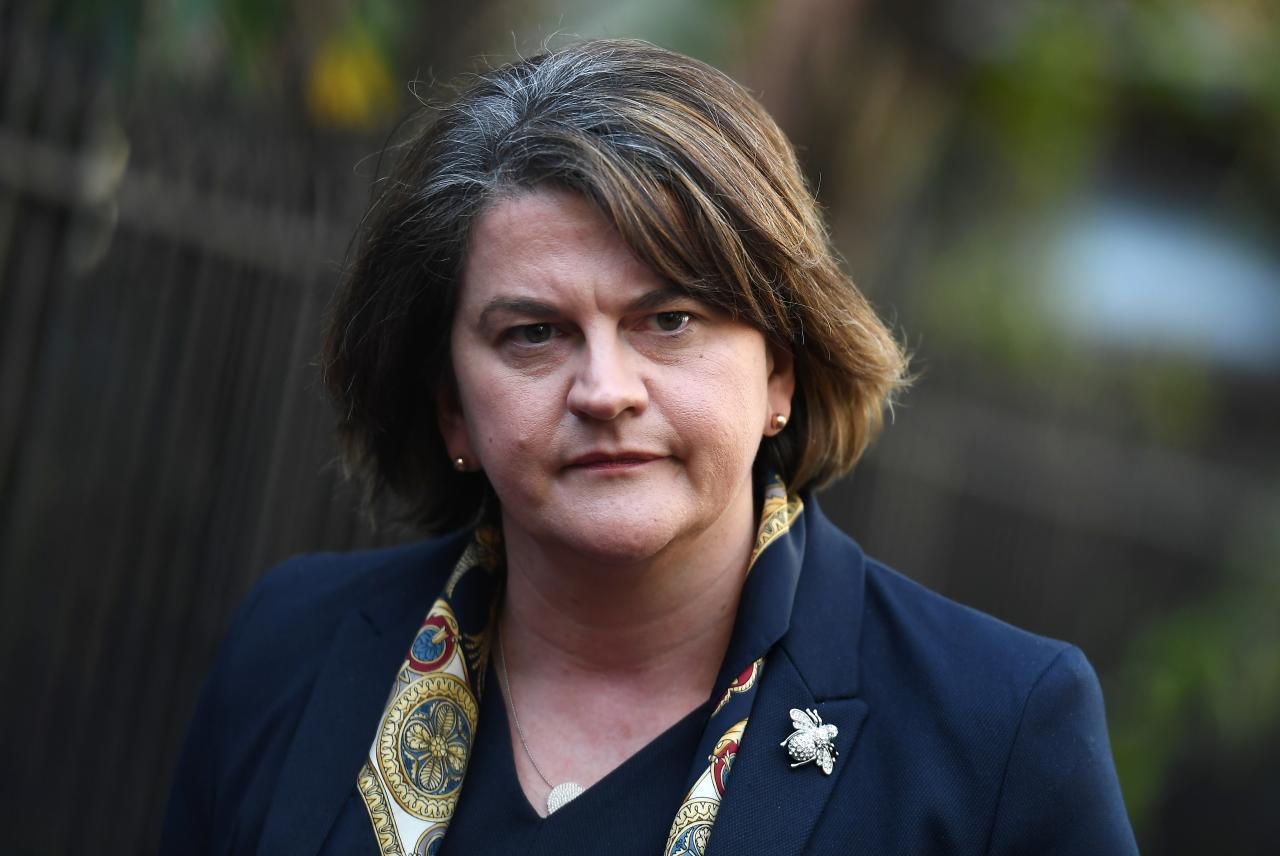 DUBLIN (Reuters) - Senior Irish and British ministers and the leader of the Northern Irish unionist party propping up the minority British government all expressed confidence that a Brexit deal could be reached in the coming weeks. With just five months until Britain is due to exit the EU, Prime Minister Theresa May has yet to clinch a divorce deal, with negotiators stuck on how to keep open the border between British-ruled Northern Ireland and EU member state Ireland. Britain’s Cabinet Office Minister David Lidington, May’s de facto deputy, said he “hoped and expected” that Brexit negotiators will secure a final agreement in the coming weeks, a view shared by Irish Foreign Minister Simon Coveney after the pair met in Dublin. Coveney said he thought it was possible to secure a deal this month. However, he added that this would require some movement by the British side to find a legal wording that can be sold politically on both sides of the Irish Sea, and that negotiators were not there yet. Both ministers said the two sides were “very close” to resolving differences on the border issue. In Belfast, Democratic Unionist leader Arlene Foster, whose party supports May’s minority government in the British parliament, said she hoped the United Kingdom and the EU were close to a deal that will work for Northern Ireland. “Goodness, we have been here on a number of occasions and I hope we are close to a deal that will work for Northern Ireland, that is what we want,” she told reporters after meeting with Britain’s Brexit minister Dominic Raab. Raab, who was in Northern Ireland to meet with the province’s political parties, added to the optimism by saying he was confident of reaching a deal that was good for all corners of the United Kingdom. Foster said she made it very clear to Raab that it was very important not to have any regulatory barriers as well as no customs barriers between the rest of the UK and Northern Ireland post-Brexit, a key sticking point in the talks. However she also stressed that it was significant that Raab visited ports in Northern Ireland to see the infrastructure there and noted that veterinary checks already take place there between Britain and Northern Ireland.