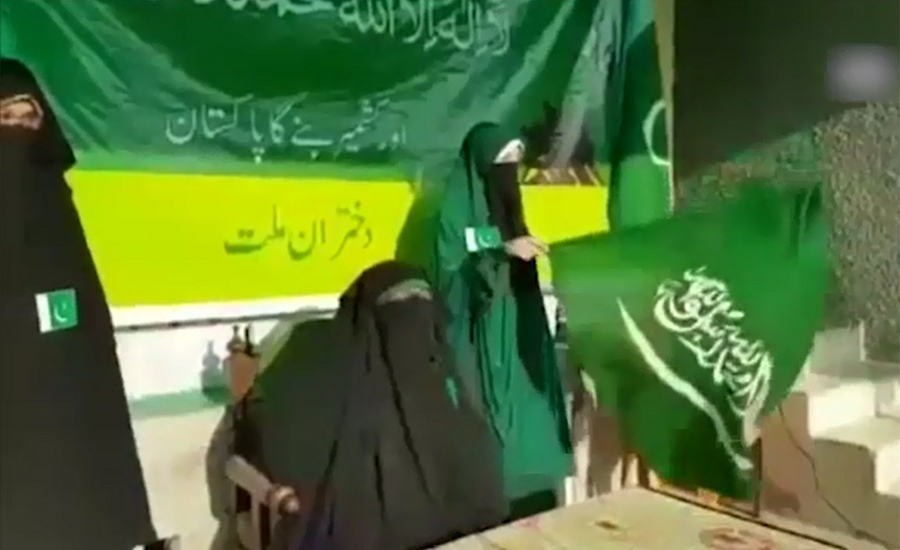 ISLAMABAD (92 News) – Dukhtaran-e-Millat (DeM) celebrated Pakistan Day in Srinagar on Friday, in which the party chief Aasiya Andrabi said that all Muslims in the sub-continent are Pakistanis. Addressing the party workers during a ceremony organized to commemorate the Pakistan Day, Aasiya Andrabi said that every Muslim in the sub-continent was a Pakistani on the basis of Islam, faith, Quran and love for Holy Prophet Muhammad (PBUH). Aasiya Andrabi and her supporters also sang the National Anthem of Pakistan.