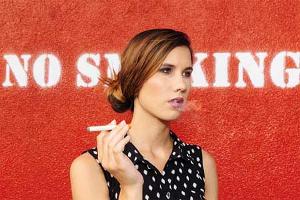 A new study by University of Rochester suggests that e-cigarettes are likely to be a toxic replacement for tobacco products. Emissions from e-cigarette aerosols and flavourings damage lung cells by creating harmful free radicals and inflammation in lung tissue. "Several leading medical groups, organisations and scientists are concerned about the lack of restrictions and regulations for e-cigarettes," said Irfan Rahman, lead author and professor of environmental medicine at University of Rochester Medical Center. The harm begins when the e-cigarette's heating element is activated. The heating element is designed to turn a liquid solution (known as an e-liquid or "juice") into an aerosol that mimics cigarette smoke. The inhaled vapours contain heavy metals and other possible carcinogens in the form of nanoparticles - tiny particulate matter that can reach farther into lung tissue, cell systems and blood stream. Some flavoured e-juices (particularly cinnamon) create more stress and toxicity on lung tissue. Researchers observed in the laboratory that human lung cells exposed to e-cigarette aerosols released various inflammation biomarkers. Mice exposed to e-cigarettes with classic tobacco flavouring also demonstrated signs of pulmonary inflammation. "Our research affirms that e-cigarettes may pose significant health risks and should be investigated further. It seems that every day, a new e-cigarette product is launched without knowing the harmful health effects of these products," Rahman said. The toxic metals and oxidants from e-cigarettes raise safety concerns as well as potential pollution hazards from second-hand exposures and disposal of e-cigarette waste. The study found that dripping e-liquids or e-juices to produce vapours likely generates a larger dose of toxins to the lungs. The study appeared in the journal Plos One. Web Report