eBay could end up with 5 percent stake in Dutch fintech firm Adyen: report 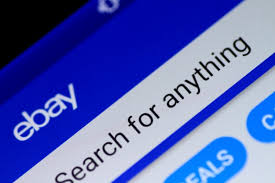 eBay could end up with 5 percent stake in Dutch fintech firm Adyen: report

AMSTERDAM (Reuters) – eBay Inc could end up with a stake of up to 5 percent in Adyen as part of a deal the two companies agreed in January that will see the Dutch fintech company become eBay’s primary payment processor, a Dutch newspaper reported on Monday. “Warrants will be given to eBay in four tranches, on the condition that the auction site routes a substantial portion of its payments via Adyen,” the Het Financieele Dagblad newspaper reported, citing sources familiar with the matter. A spokesman for Adyen declined to comment on the report. eBay could not immediately be reached for comment. Adyen this month plans to sell a 15 per cent stake in an initial public offering in Amsterdam expected to value the company at $7 billion to $11 billion. Shares in eBay rose by 15 per cent on Feb 1 after it announced the Adyen deal, which it said would add $500 million to operating profit when it goes into effect in mid-2020. Shares in eBay’s former in-house service PayPal, which eBay spun off three years ago, fell 8 per cent. Adyen is due to publish its prospectus on Tuesday, with listing to follow at mid-month.