Ebola: Lowest weekly figure in nearly a year, says WHO 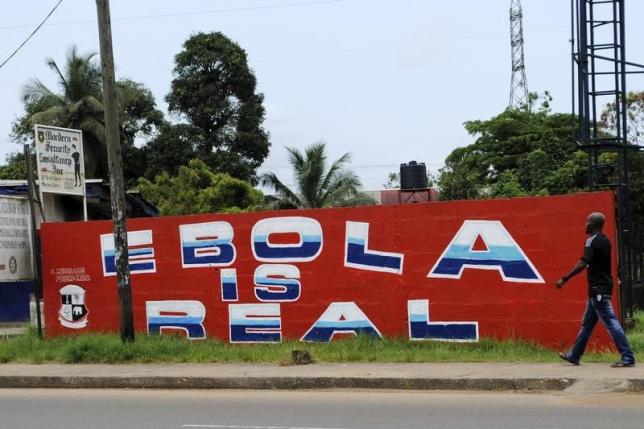 Ebola: Lowest weekly figure in nearly a year, says WHO

GENEVA - Thirty confirmed cases of Ebola were reported in West Africa in the past week, the smallest number in nearly a year of the worst ever outbreak of the deadly fever, the World Health Organization said on Wednesday. "This is the lowest weekly total since the third week of May 2014," the WHO said in its latest update. The virus is receding in Liberia, which reported no cases in the week to April 5, and in Sierra Leone, which reported nine, its fifth consecutive weekly decrease, it said.
But the picture was "mixed" in Guinea, which had 21 new infections, the WHO said. Unsafe burials of bodies continued in Guinea and "unknown chains of transmission could be a source of new infections in the coming weeks", it warned.
The Ebola epidemic, which began in December 2013, has claimed 10,572 lives among 25,515 known cases, according to the United Nations health agency. The WHO has called a meeting of independent experts this week to review whether West Africa's outbreak still constitutes a "public health emergency of international concern", which it declared in August 2014. A decision is due on Friday. Ebola is still spreading in western Guinea, including the capital Conakry, but detection of the disease has improved, the WHO said. "A three-day door-to-door campaign to improve community participation in surveillance activities and identify suspected cases will begin on 10 April (Friday)", it added. The last known Ebola case in Liberia was a patient who died on March 27, and whose 332 contacts are being monitored but none have shown symptoms so far, it said. "Heightened vigilance is being maintained throughout the country," the WHO said. "In the context of falling case incidence and a receding zone of transmission, treatment capacity exceeds demand in Liberia and Sierra Leone." With technical advice from the WHO, national authorities in both countries have begun to implement plans for the "phased safe decommissioning of surplus facilities", it said. Each country would retain a core capacity of high-quality Ebola treatment centers, strategically located to ensure complete geographic coverage, with additional rapid-response capacity held in reserve. - Reuters