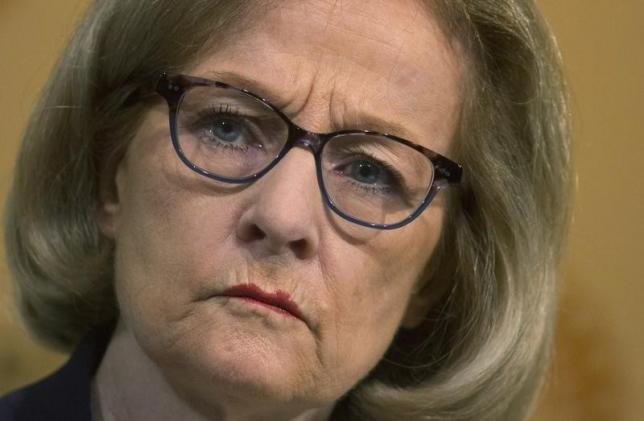 NICOSIA - Banking regulation needs to speak one language, the head of the European Central Bank's supervisory watchdog was quoted as saying on Sunday, adding that differing interpretations of the same regulations had created some distortions in the euro area.

Daniele Nouy, who chairs the Single Supervisory Mechanism (SSM), said a key challenge was to ensure banks were subject to the same supervision and regulation across jurisdictions.

She said the first step had been the introduction of the single rule book, but said that the transposition of the Capital Requirements Directive into national law had led to parts of it being interpreted in different ways, "creating an uneven playing field across the euro area".

Nouy said the supervisor had identified some 167 cases covering issues such as intra-group exposure limits and equity holdings of insurance companies and rectified 122 of them.

"We will not stop there," she said. "Our aim is to establish a unified, integrated and harmonised supervisory framework, and this requires harmonised regulation."

The SSM oversees the 129 biggest banking groups in the euro area. Nouy dismissed suggestions that the authority was overly strict in its assessments.

"Let’s face it: if there are no complaints then you are probably not a good supervisor," Nouy said in response to an observation that past health checks tests triggered complaints from Cypriot banks of being too severe.

"We are as tough as is warranted by the situation and the data that we find... Our job is to ensure that banks are well equipped and have sufficient high-quality capital to withstand the risks that they might encounter."

Nouy said the Cypriot banking system was now in better shape than 2013, when one bank collapsed and another was forced to bail-in clients deposits to recapitalise. But, she said, further efforts were needed to wrestle down a high level of non-performing loans.

The SSM, she added, also stood ready to help with technical expertise in any eventual reunification of the island, split since a Turkish invasion in 1974 triggered by a brief Greek Cypriot coup. The SSM's sphere of authority is now confined to banks operating in Cyprus's government-controlled south. -Reuters