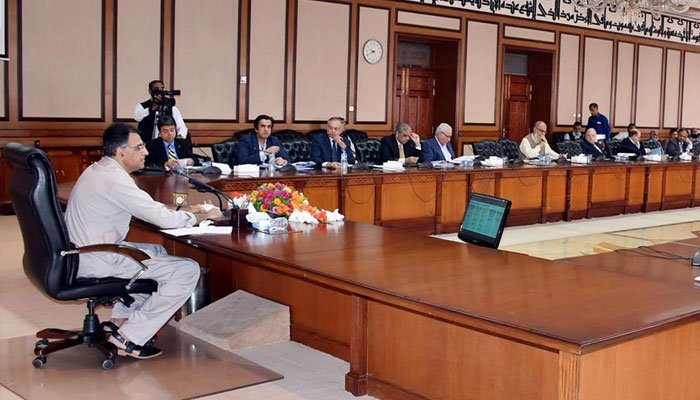 ISLAMABAD (92 News) – The Economic Coordination Committee (ECC) which met on Wednesday with Finance Minister Asad Umer in the chair decided to fix support price of wheat at 1300 rupees per 40kg. The ECC directed to immediately import fifty thousand tons of urea fertilizer. It also allowed supply of gas to the Fatima Fertilizer and Agri Tech Fertilizer. The committee deferred the release of circular debt to the Pakistan State Oil. The committee directed to pay the salaries of employees of Pakistan Steel Mills for the month of September, 2018. It also directed to release the stuck up four month's pension of the widows of retired employees of the Steel Mills. The Economic Coordination Committee asked the Ministry of Production to put up a proposal to resolve the Steel Mills issue on permanent basis.