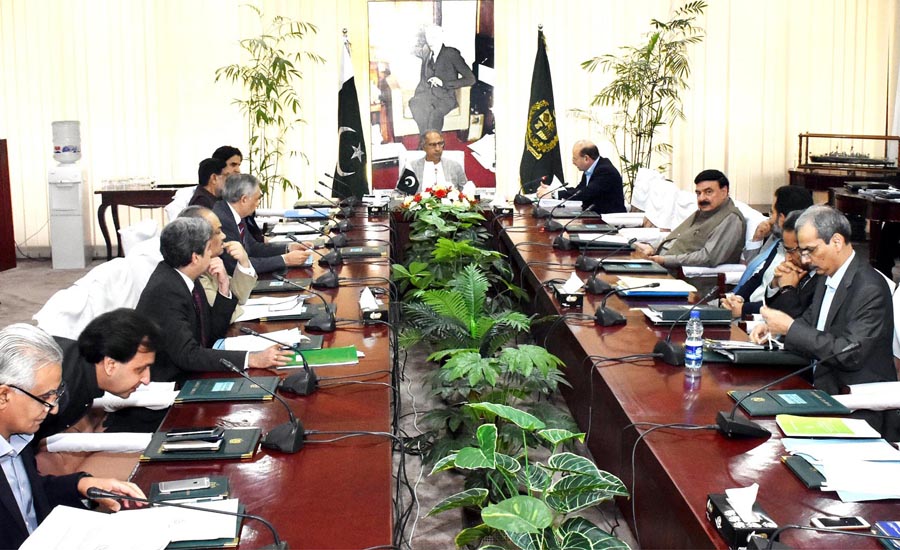 ISLAMABAD (92 News) – The Economic Coordination Committee (ECC) approved an Rs1.50 per unit increase in the power rate. However, the increase will not be applicable on the consumers using units up to 300 units. However, the increase has been linked to approval from the federal cabinet. On the other hand, the ECC postponed the decision to increase the prices of gas till Thursday. A special meeting of the ECC has been summoned to review the prices. New slabs will be announced for domestic, commercial and industrial consumers and the hike in gas prices will be made as per new slabs. The Petroleum Division has sent a summary to increase the gas prices by 200 percent. Earlier, Adviser to Prime Minister on Finance, Revenue and Economic Affairs Dr Abdul Hafeez Shaikh chaired a meeting of the Economic Coordination Committee (ECC) of the Cabinet, to review the demands of various ministries/divisions. In order to promote Maritime Sector and strengthen the shipping industry in the country, the committee approved the proposal of Ministry of Maritime Affairs to extend the existing tax incentives to the shipping sector from 2020-2030, subject to vetting by Law Division. The Power Division briefed the committee about the cash and non-cash settlement for power sector. The ECC decided that Industrial Support Package (ISP) and AJK power sector subsidy would be adjusted against the outstanding loan of government of Pakistan from power sector entity. It also approved the proposal of the Power Division to provide additional power supply for three hours to the tube-wells, domestic and commercial consumers of Baluchistan province for initial period of three months. In this regard, an amount of Rs9 billion was approved for three months which is to be provided in three tranches. The committee would review the performance of QESCO on monthly basis whether the recovery drive against the power sector defaulters is producing the desired results. The ECC decided to give a deadline of three months to Power Division to resolve the issue of recovery from around thirty thousand eight tube-wells of Balochistan. The committee directed the Law Division to accelerate the recovery campaign against the defaulters and submit a report to ECC on monthly basis. The committee acceded to the proposal of Petroleum Division to allow import of Petroleum products by PSO under Saudi Fund for Development. It also reviewed various slabs of gas tariff. The ECC approved Supplementary and Technical Supplementary Grants of various ministries/divisions.