Ecclestone keen to add to the risk factor 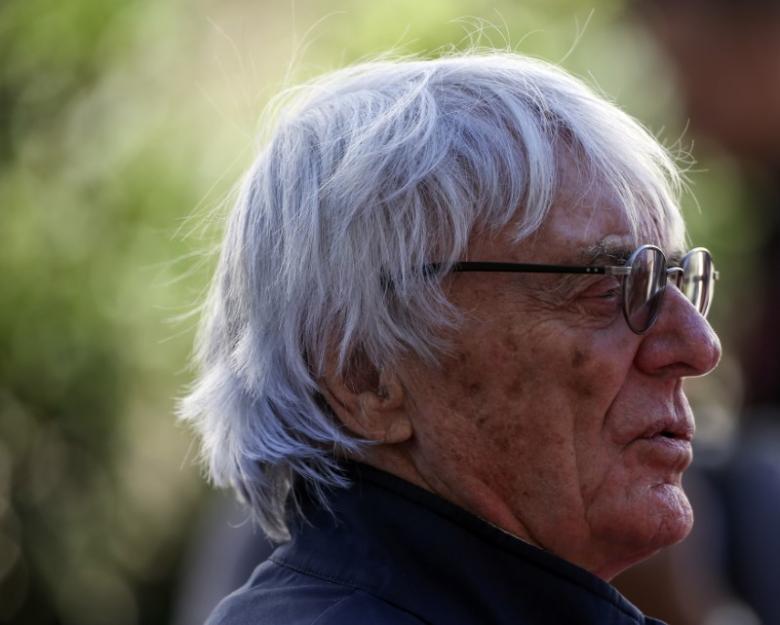 Ecclestone keen to add to the risk factor

MEXICO CITY - Formula One supremo Bernie Ecclestone, no stranger to controversial comments, has suggested building walls on racetrack corners to add a greater sense of danger. The remarks are unlikely to sit well with, or be treated seriously by, drivers and the governing FIA, who have worked for decades to improve safety in a sport whose past is littered with fatalities. "In those (the old) days, and it can’t happen again, people would come to a race and think somebody could get killed," Ecclestone, who turns 86 on Friday, told British reporters in Austin before Formula One headed to Mexico for this weekend's round. "Today they know they come to a race and nobody is going to get killed. Which is good." However, he suggested races were now in danger of appearing too safe, with drivers exceeding track limits without suffering any consequences. "I’ve been criticized probably by everybody because I wanted to build 40cm walls around the corners. They keep saying they mustn’t go off the road, I promise they won’t," added Ecclestone. Ecclestone said Formula One's street races in Baku, Monaco and Singapore, with walls and metal fences, concentrated the minds and the racing was still good. He said the current crop of quieter, turbo-hybrid cars also looked easier to drive than the noisy beasts of old and compared the situation to a circus high wire act that was 15 metres off the ground to one that was only a metre up. Formula One is still feeling the pain from the death of Frenchman Jules Bianchi, who crashed into a recovery tractor at a wet Japanese race in 2014 and died in hospital of his head injuries last year. Before him Ayrton Senna was the last fatality in 1994, an Imola weekend that also took the life of Austrian Roland Ratzenberger. This season Spaniard Fernando Alonso walked away from a massive shunt in the opening Australian Grand Prix after his McLaren flew into the fence. And in Austin, race director Charlie Whiting reminded drivers that, for safety reasons, they could not change direction suddenly in the braking zone when defending against a fully committed rival. "What Fernando had in Australia ... you wouldn’t think he was going to walk away," said Ecclestone, before coming up with another provocative suggestion with no chance of being implemented. "What we ought to do immediately that happens is have big sheets all the way around, bring the ambulance in ... and take him away. He’s gone to the hospital and later on you announce that, thank God, he’s out. A bit of showbiz. People like that." -Reuters