Ecclestone could stay on if F1 sale proceeds 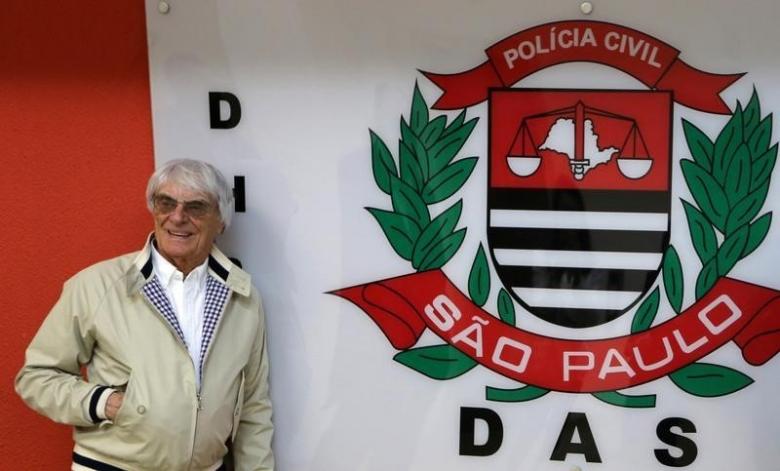 Ecclestone could stay on if F1 sale proceeds

MONZA - A takeover of Formula One by Liberty Media, rumoured to be imminent, could be good news for the sport but Bernie Ecclestone is likely to remain at the helm for some time yet, paddock insiders said. German magazine auto motor und sport reported at the Italian Grand Prix that the first of two tranches of payment in an $8.5 billion deal were expected to be paid on Tuesday. Liberty Media declined to comment. The publication also quoted Ecclestone as saying his future role would be his decision. Channel Four television pundit Eddie Jordan, a former team owner, said completion of the deal could force Ecclestone out but others doubted any departure would be rushed. "There is obviously a lot of speculation going on. I sincerely hope it is not Bernie's last race and I don't believe it will be," Red Bull team principal Christian Horner told reporters. "It could be a really exciting deal for Formula One if it happens...but for a new group to come in without him being there would be very difficult, so I'd assume he'll be around for some time." Horner, who is close to Ecclestone and has been tipped in the past as a possible successor, said it was clear discussions were going on but everything remained conjecture until something was signed. Austrian Niki Lauda, the retired triple world champion who raced for Ecclestone in the 1970s and is non-executive chairman of dominant Mercedes, said the Briton would be at the next race. "This I can tell you. He will be in Singapore (on Sept. 18)," he told Reuters. Ecclestone said before Sunday's race that "honestly, sincerely" he did not know whether Liberty were buying into the sport and had nothing more to say. The 85-year-old met Ferrari and Fiat Chrysler head Sergio Marchionne along with Donald Mackenzie, co-chairman of rights holders CVC Capital Partners, at Monza. Daimler chief executive Dieter Zetsche, whose Mercedes team have won 13 of 14 races this season, also spent time with Ecclestone in his paddock motorhome. "If there is an investor that wants to buy the shares it is good news for Formula One," said Mercedes motorsport head Toto Wolf. "Maybe it is good news that an American media company buys Formula One. I don't know what happens in terms of management," he added. "There are things we can learn from the American way, particularly in digital areas." Formula One's biggest shareholders are CVC, with a 35.5 percent stake, and U.S. fund manager Waddell & Reed with 20.9 percent. Ecclestone holds 5.3 percent and the family Bambino Trust has another 8.5 percent. -Reuters