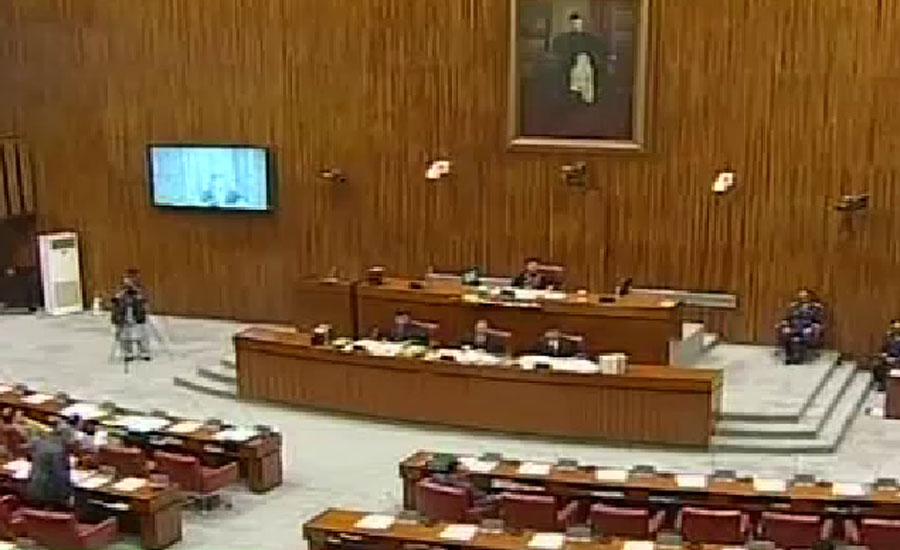 ISLAMABAD (92 News) – The opposition has on Friday raised the issue of the NAB actions and arrests in the Senate as Leader in House Raja Zafarul Haq said it is not right to humiliate people by imprisoning them.

Raja Zafarul Haq mentioned that there will be unrest in the country owing the trend that is being followed by the anti-corruption watchdog. "The Supreme Court of Pakistan had also declared such actions of the anti-graft body as unilateral," he added.

The leader in house requested the Senate chairman to send the matter to concerned committees. He also remarked that everyone is aware of the issue of PML-N leader Khawaja Asif’s arrest. He said Khawaja Asif knew beforehand that he could be detained any time.

While responding to Raja Zafarul Haq, Leader of the House Shehzad Waseem said this is the same NAB which was initiated by Saifur Rehman and, today, it is being criticized. "The NAB is an independent body and its chairman was not appointed by the incumbent government," he said.

"The NAB is working without political pressure. Instead of attacking national institutions, wealth should be accounted for," the senator said.