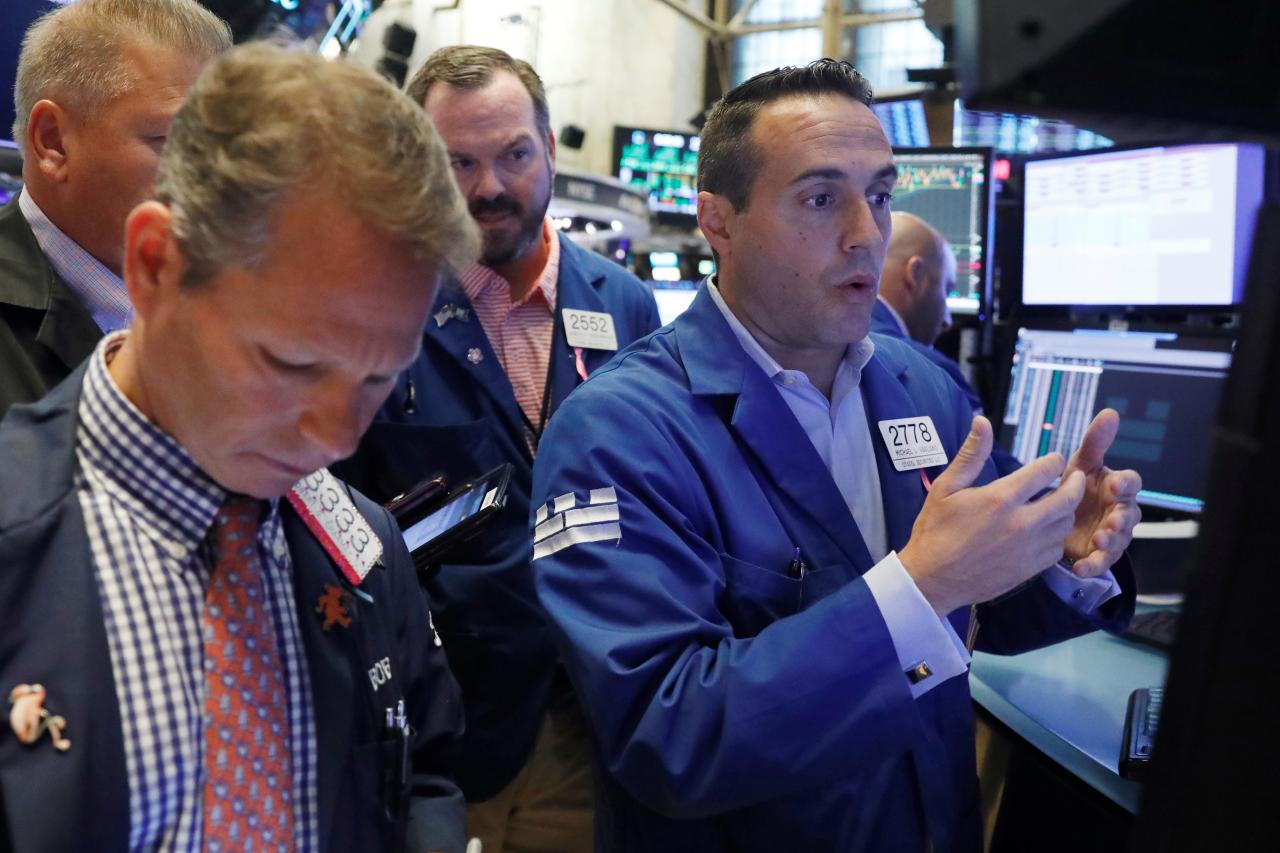 NEW YORK (Reuters) - The ability of the US stock market to keep an edge this year over equities elsewhere in the world hinges on the United States maintaining its economic and earnings growth advantage, the strength of the dollar and how global trade tensions resolve, investors said. Spurred by fiscal policy benefits including a corporate tax cut, the US economy’s standout momentum relative to other regions has underpinned Wall Street’s advantage this year, investors said. “The outperformance of US stocks reflects not just earnings, but expectations about US economic growth versus other regions,” said Kristina Hooper, chief global market strategist at Invesco. “Conventional investor wisdom is that the US is going to continue to outperform other economies this year and hence investors should move more of their exposure to the US,” Hooper said. A clearer read of the US economy comes next week with data such as the government’s monthly employment report on Friday and quarterly results from more than 140 S&P 500 companies, including Apple Inc . According to an International Monetary Fund report this month, the United States is projected to post economic growth of 2.9 percent this year, up from 2.3 percent in 2017, while European advanced economies, and Japan and China, have slower growth than a year ago. The US economy grew 4.1 percent in the second quarter, data on Friday showed, its fastest pace in nearly four years. The Trump administration has set a goal of 3 percent growth annually over the next several years, and while economists believe growth is likely to moderate from the second-quarter’s surge, Treasury Secretary Steven Mnuchin said the economy was on track to reach the president’s target. “I don’t think this is a one- or two-year phenomenon. I think we definitely are in a period of four or five years of sustained 3 percent growth at least,” Mnuchin told “Fox News Sunday.” While returns for the US benchmark S&P 500 index trail last year’s - they are up 6 percent so far in 2018 against a 10.5 percent gain at a similar point in 2017 - US equities are easily beating indexes covering Europe, Japan and emerging markets after lagging or just keeping pace for all of last year. NEAR ALL-TIME PEAK After rebounding from a 10-percent correction earlier this year, the S&P 500 is close to an all-time high and on track for its best year relative to stocks in the rest of the world since 2014. “Returns themselves have been lower than many investors have come to expect. But on a relative basis, the US continues to be the market leader,” said Michael Arone, chief investment strategist at State Street Global Advisors. US stocks separated from equities elsewhere in particular during the second quarter, with investors citing a divergence in growth expectations. Citi Research’s gauge on US economic data surprises .CESIUSD was solidly positive in April and May, when its barometer for euro zone surprises .CESIEUR was sharply negative. “There was a change in expectation from synchronized global growth to US growth being better than the rest of the world really due to the fiscal tailwinds,” said Sunitha Thomas, regional portfolio manager for Northern Trust Wealth Management. The dollar .DXY surged against other major currencies starting in the second quarter, and investors said the greenback’s path will be an important factor determining relative equity performance. The dollar’s gains aided US equity fund returns against international funds, which required a costly translation into the greenback, investors said. The dollar’s strength weighed on emerging markets, where debt costs have increased and weaker currencies sparked an investor retreat. Emerging market stocks overall .MSCIEF have particularly lagged this year, declining 6 percent. “All of these fundamental factors in emerging markets were triggered by the stronger US dollar that were not good for economic momentum in those countries,” Thomas said.

S&P 500 profits are expected to surge 22.7 percent this year against an 8.5 percent rise for companies in Europe’s Stoxx , according to Thomson Reuters I/B/E/S, but the benefits from a cut in corporate tax rate to 21 percent from 35 percent will wane next year. Expectations for economic growth in Europe and Asia appear more realistic, after being too high before, said Jeffrey Kleintop, chief global investment strategist at Charles Schwab. “It really takes some very strong US economic momentum, maybe even better than what’s expected today, to see a repeat of what we saw in the first half,” Kleintop said, adding it wouldn’t surprise him if there wasn’t a major performance difference for the rest of the year. Any resolution of tensions between the United States and its trade partners resulting in more free trade stands to benefit stocks globally. But trade disputes have weighed more on non-US markets, investors said, so those could be poised for a greater rebound. “If trade simmers down, that’s disproportionately positive for international” markets, said Alec Young, managing director of global markets research at FTSE Russell.