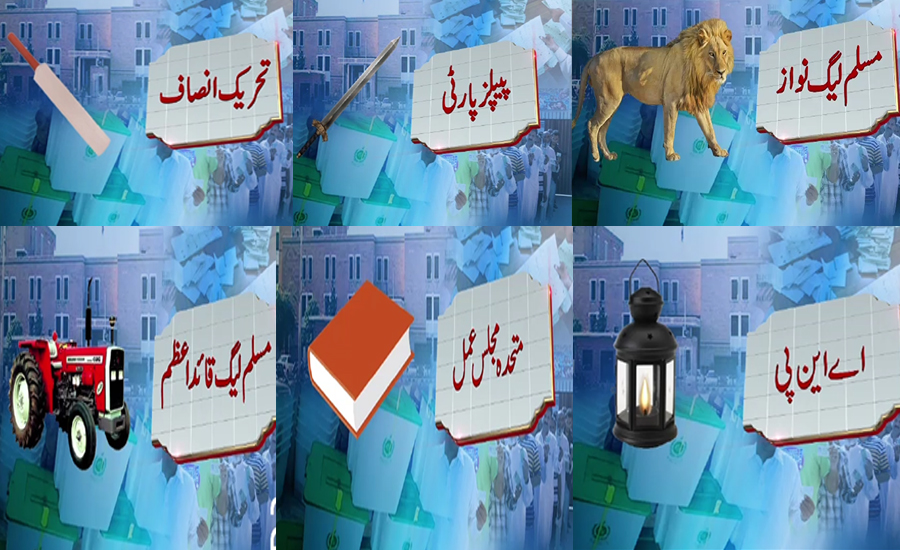 ISLAMABAD (92 News) – The Election Commission of Pakistan (ECP) has allotted symbols to 103 political parties. According to a press release on Monday, the PML-N has been allotted the symbol of ‘Lion’, while the PPP got ‘Sword’, the PPP-P ‘Arrow’, the PTI ‘Bat’, ANP ‘Lantern’, JUI-F ‘Pen’, MMA ‘Book’, Jamaat-e-Islami (Balance), the PML-Q ‘Tractor’, AML ‘Inkpot’ and the MQM-Pakistan ‘Kite’. According to the schedule announced by the ECP, the nomination papers will be filed from June 2 to 6. The list of the candidates will be displayed on June 7, while the scrutiny of the papers will be conducted on June 14. The appeals against the decisions of the returning officers will be filed till June 19. The appellate tribunals will decide the appeals against acceptance/rejection of the nomination papers on June 26. A revised list of candidates will be published on June 27, while the candidates will withdraw their candidatures on June 28. The symbols will be allotted to the contesting candidates on June 29. The polling will be held on July 25.