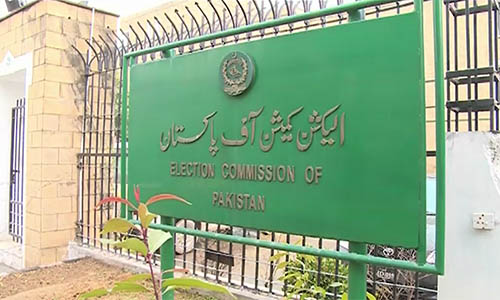 ISLAMABAD (92 News) – The Election Commission of Pakistan has on Monday decided to deploy Punjab Rangers and Pakistan Army in the by elections of constituencies NA-122-Lahore, NA-144-Okara, NA-154 Lodhran, PP-147 Lahore and PP-16 Attock. In a statement issued by the ECP, Rangers will also be deployed in NA-122 and NA-154 by-polls, while Pakistan Army and Rangers will be deployed during PP-147 Lahore and PP-16 Attock. The ECP has formally written letters to the Secretary Interior and the Secretary Defense, asking them to issue necessary directions for the deployment of sufficient strength of Punjab Rangers and Pakistan Army for the by elections. Earlier, Pakistan Tehreek-e-Insaf had demanded the deployment of Army and Rangers during the by-polls. Meanwhile, the Election Commission has asked members of the parliament and provincial assemblies to submit yearly statements of assets by Wednesday.