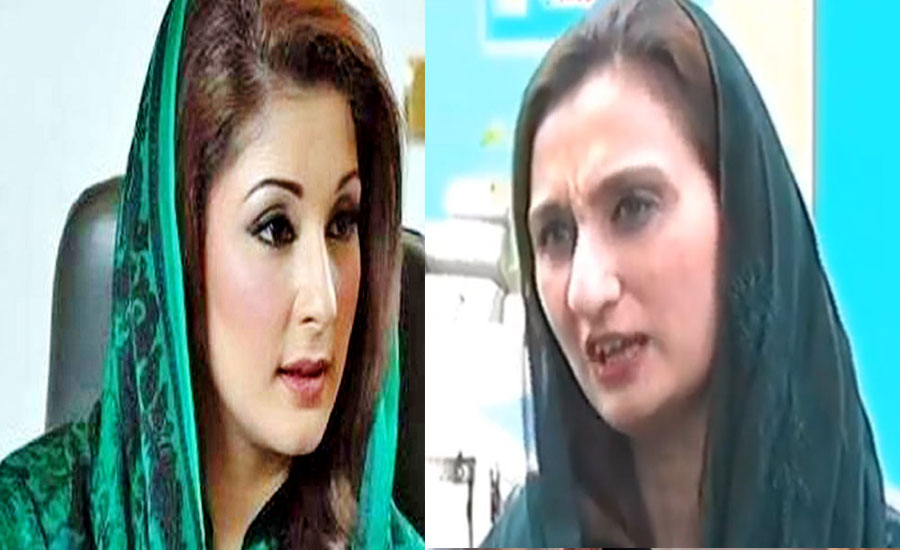 ISLAMABAD (92 News) – The Election Commission of Pakistan (ECP) put off on Monday a reference challenging Maryam Nawaz’s appointment as vice president of the Pakistan Muslim League-N (PML-N) until June 25. A three-member bench, headed by Chief Election Commissioner Justice (retd) Sardar Muhammad Raza, issued directives for provision of a copy of the reference filed by the Pakistan Tehreek-e-Insaf (PTI) to the PML-N leader’s lawyer. Advocate Jahangir Jadoon and Zafarullah, who represented the PML-N and Maryam respectively, appeared before the bench. Jadoon stated before the commission that they haven’t received a copy of the reference yet. He requested it to provide the same so they may submit their response. https://www.youtube.com/watch?v=GD_4YPynEfo Maryam being convicted person cannot hold any party office: Maleeka After the hearing, talking to the journalists, Parliamentary Secretary for Law Maleeka Bukhari said the PML-N counsel today took a U-Turn before election commission when he stated that Maryam Nawaz is not vice president of PML (N). Maleeka Bukhari said Maryam Nawaz being a convicted person cannot hold any party office. Earlier, the ECP has issued notice to Maryam Nawaz in a plea seeking her removal as PML-N vice president.  however, a three-member ECP bench, headed by Chief Election Commissioner Justice (retd) Sardar Raza Khan, will hear the petition filed by the PTI leaders. The petition was submitted by MNAs Farrukh Habib, Maleeka Ali Bokhari, Kanwal Shauzab and Javeria Zafar. The PTI members submitted a formal petition to the Election Commission of Pakistan (ECP) against the recent appointment of Maryam Nawaz, the daughter of ex-premier Nawaz Sharif, as vice president of the PML-N. As per the petition, the appointment of Maryam as PML-N vice president is in conflict with the law and the constitution. It also covered the legal basis under which Maryam is ineligible to hold public office and includes a detailed mention of court decisions. In July 2018, an accountability court announced the verdict in the Avenfield properties corruption reference, sentencing Maryam to seven years for abetment after she was found ‘instrumental in concealment of the properties of her father’ and one year for non-cooperation with the National Accountability Bureau (NAB). She was disqualified from contesting polls after being convicted. However, in January, the apex court upheld an Islamabad High Court (IHC) verdict that had ordered the suspension of prison sentences awarded to Maryam and her father. The petition said that an accountability court ‘declared the PML-N leader to be ineligible for public office’ and added that a party position is not in private capacity. It stated that political parties have an influence on the entire political system and claimed that in the void of a party president, Maryam will use the elected president’s authority. In their petition, the PTI MNAs asked how it was possible that members of the assembly fully abide by Article 62 and Article 63 of the Constitution, but the ‘people who control them don’t’. It added that the Supreme Court had disqualified her father, Nawaz Sharif, from his party position as well and said that the ECP should declare her appointment to be null and void. Following Maryam’s appointment, Special Assistant to the Prime Minister on Information and Broadcasting Dr Firdous Ashiq Awan had termed it as illegal and said it portrayed the dictatorial mindset of that (PML-N) party.