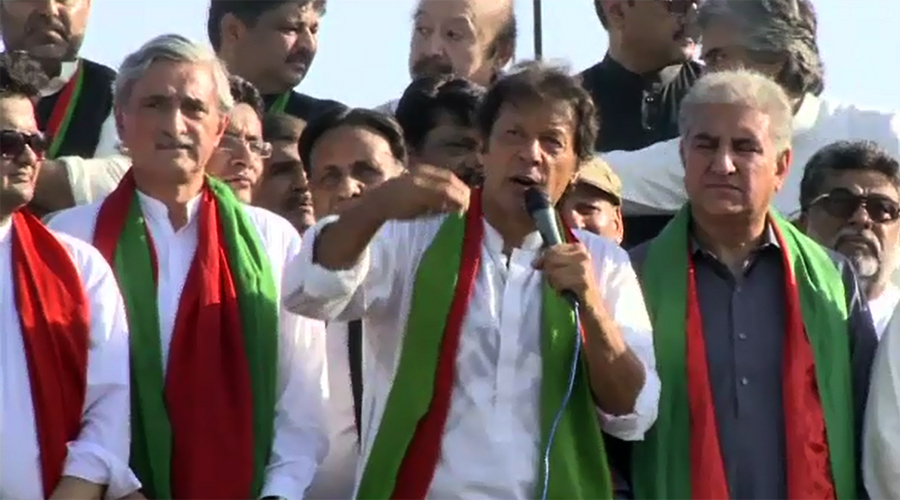 Addressing gatherings during the Ihtesab Rally on Saturday, he congratulated the masses for serving of notices by the FBR.

“The people have come on roads and they will not return,” he maintained.

He announced that they would remain on the roads of Lahore till the Fajr prayers.

The PTI chairman said that the Election Commission of Pakistan (ECP) should not become the B team of the N-League.

“The ECP should fulfill its responsibility by taking action against the people looting the institutions,” he said.

Earlier talking to the media before departing for the Ihtesab Rally at Zaman Park, he said that today’s rally will be decisive.

Imran Khan said that after Allah, he believed in people who have political consciousness. “I will tell the people how the prime minister is destroying the institutions and the nation,” he said.