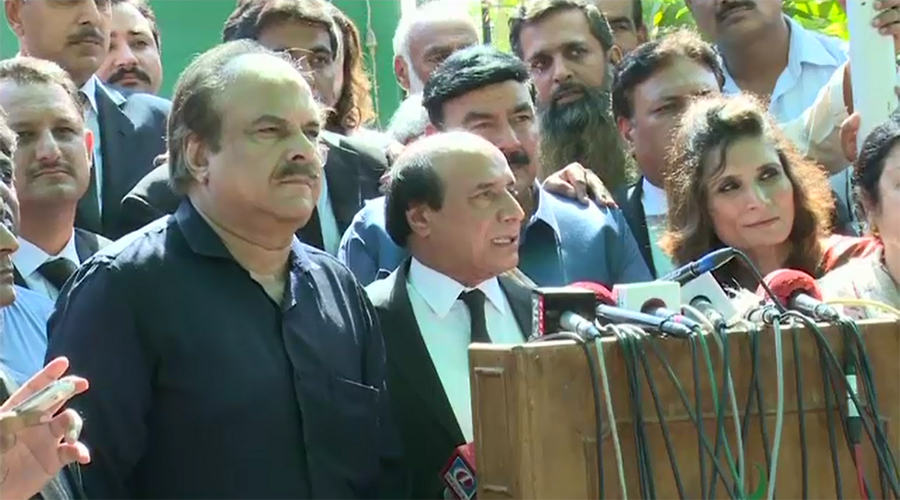 ISLAMABAD (92 News) – Prime Minister Nawaz Sharif has postponed the PM disqualification case until August 17. The commission asked the parties to appear with all written proofs on the next hearing date. During the hearing, Latif Khosa contended that if a PPP PM can be disqualified then why Nawaz Sharif not. The chief election commissioner remarked that Gilani was disqualified for contempt of court, but it was a corruption case.