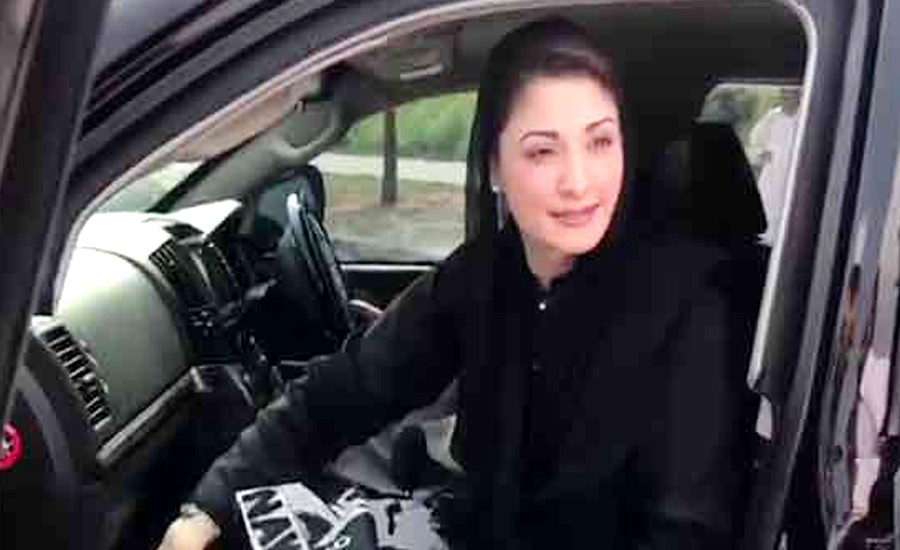 ISLAMABAD (92 News) – The Election Commission of Pakistan (ECP) on Thursday reserved its verdict on a petition challenging the appointment of Maryam Nawaz as the vice president of Pakistan Muslim League-N (PML-N). A three-member bench of the ECP headed by Chief Election Commissioner Justice (retd) Sardar Raza Khan heard the PTI’s petition against Maryam Nawaz. During the hearing, the PML-N leader had requested the ECP to dismiss the plea, arguing that there was no restriction in the Constitution and Election Act on a convicted person holding a party’s vice presidency. After submitting reply and arguments from the counsels, the ECP reserved verdict and will announce the verdict on August 27. The petition was filed by the Pakistan Tehreek-e-Insaf (PTI) in May this year and contended that Maryam could not hold any party position as she was convicted by a court of law on July 6, 2018 in a corruption case (Avenfield reference), filed by the National Accountability Bureau (NAB). In the earlier hearing,  a three-member bench, headed by Chief Election Commissioner Justice (retd) Sardar Muhammad Raza, issued directives for provision of a copy of the reference filed by the Pakistan Tehreek-e-Insaf (PTI) to the PML-N leader’s lawyer. Advocate Jahangir Jadoon and Zafarullah, who represented the PML-N and Maryam respectively, appeared before the bench. Jadoon stated before the commission that they haven’t received a copy of the reference yet. He requested it to provide the same so they may submit their response. Maryam being convicted person cannot hold any party office: Maleeka After the hearing, talking to the journalists, Parliamentary Secretary for Law Maleeka Bukhari said the PML-N counsel today took a U-Turn before election commission when he stated that Maryam Nawaz is not vice president of PML (N). Maleeka Bukhari said Maryam Nawaz being a convicted person cannot hold any party office. Earlier, the ECP has issued notice to Maryam Nawaz in a plea seeking her removal as PML-N vice president.  however, a three-member ECP bench, headed by Chief Election Commissioner Justice (retd) Sardar Raza Khan, will hear the petition filed by the PTI leaders.