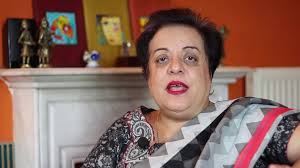 LAHORE (92 News) - Pakistan Tehrik-e-Insaf information secretary Shireen Mazari has alleged that the Election Commission of Pakistan (ECP) is rigging the Senate election under a conspiracy. Talking to the media on Monday, she said that the PTI will move court against the ECP in a couple of days. She said that struggle will continue for the transparent election. She alleged that the ECP had interfered in the work of returning officers (ROs). “We have not given the Senate tickets to out relatives, but those who served the party,” she said. Pakistan Tehrik-e-Insaf information secretary said that the judicial commission should be formed if the elections were not rigged. She said that the government is nervous. “It is duty of the ECP to stop the involvement of money in the election,” she added.