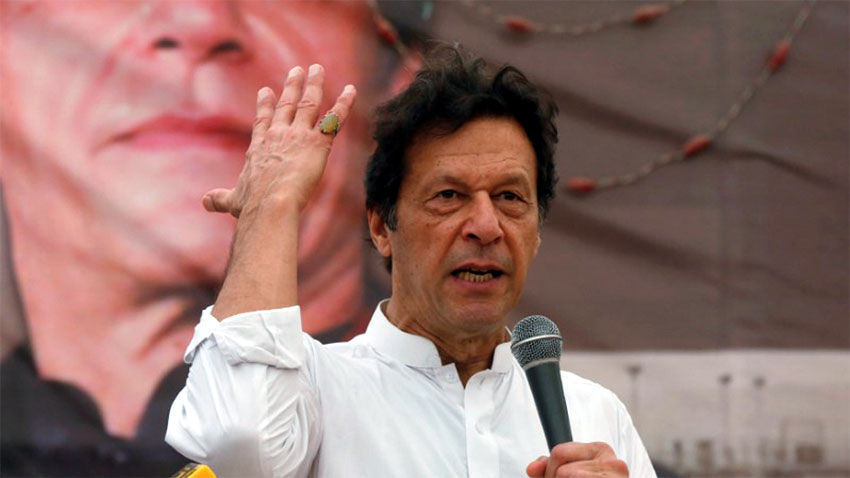 ISLAMABAD (92 News) – The Election Commission of Pakistan (ECP) stopped Pakistan Tehreek-e-Insaf Chairman Imran Khan for using unethical language in his speeches and directed to submit written reply. The ECP summoned today Imran Khan over alleged use of 'foul language' against rival political parties and candidates. The PTI chief has been issued a notice and Imran Khan's counsel Babar Awan appeared before a four-member bench of the ECP on Thursday (today). Babar Awan told the ECP today that the word 'donkey' is an ordinary term. He informed the ECP that the party chief is busy campaigning in Lahore and thus could not appear today. According to the ECP notice, Imran can either appear before the election regulatory body in person or through a lawyer. The notices have been issued to him in light of media reports about the use of foul language for rival parties and candidates. Imran, during his speech, referred to those welcoming Nawaz Sharif as “donkeys”. A plea seeking disqualification of Imran Khan has also been filed with the Islamabad High Court. Earlier yesterday, the NAB had summoned Imran Khan in the helicopter scandal case on July 18, but his counsel, Babar Awan has sent a letter to the anti-graft watchdog requesting it to fix the case for August 18. The lawyer said that the party chief is busy in the election campaign as the general elections are around the corner.