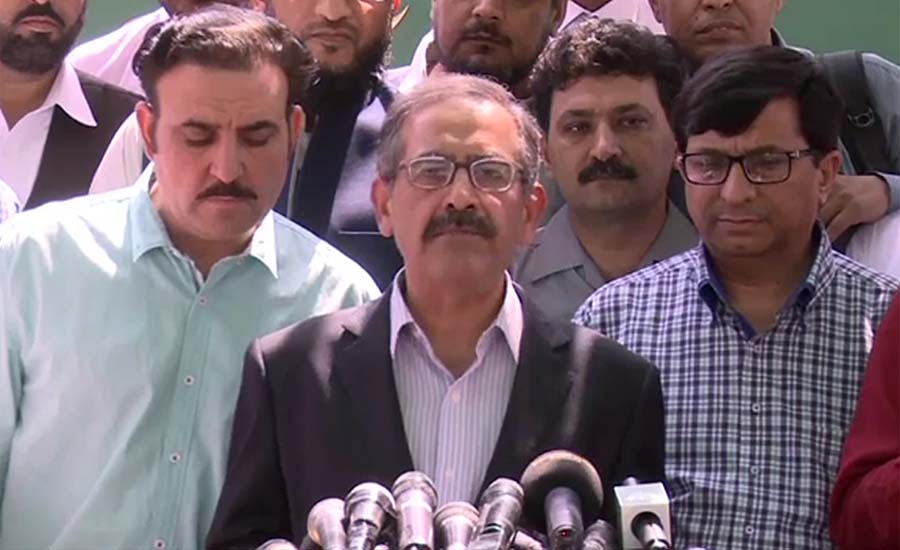 ISLAMABAD (92 News) – The Election Commission of Pakistan (ECP) on Saturday decided to immediately approach the Supreme Court for guidance over Lahore High Court (LHC) decision to annul the nomination papers prepared by the parliament. Addressing a press conference, the Election Commission of Pakistan (ECP) announced that recent verdicts by the Lahore and Balochistan High Court’s would be challenged in the Supreme Court following an emergency meeting of the commission today. Additional Secretary of ECP Akhtar Nazir have clarified that the general election 2018 will be held on July 25 at every cost. The ECP officials also made it clear that the nominations paper will not be accepted on June 3 or 4. He said the commission will immediately file appeals against the high court verdicts about nomination papers and annulment of delimitation of constituencies in a number of districts. The official also said that returning officers will not receive nomination papers in the coming two days. on the other hand, former National Assembly speaker Ayaz Sadiq also announced to move SC against the verdict, saying that the amendments were carried out with the consent of all the parties. He added that the ECP making new forms can delay the elections. Criticizing the court, He further demanded to not change the date of the general polls. Earlier on Friday, the LHC rejected the amendment in the nomination papers and directed the ECP to prepare new papers in accordance with the constitution and the Elections Act. The court asked the commission to again add the requirements of Article 62 and 63 in the nomination papers.