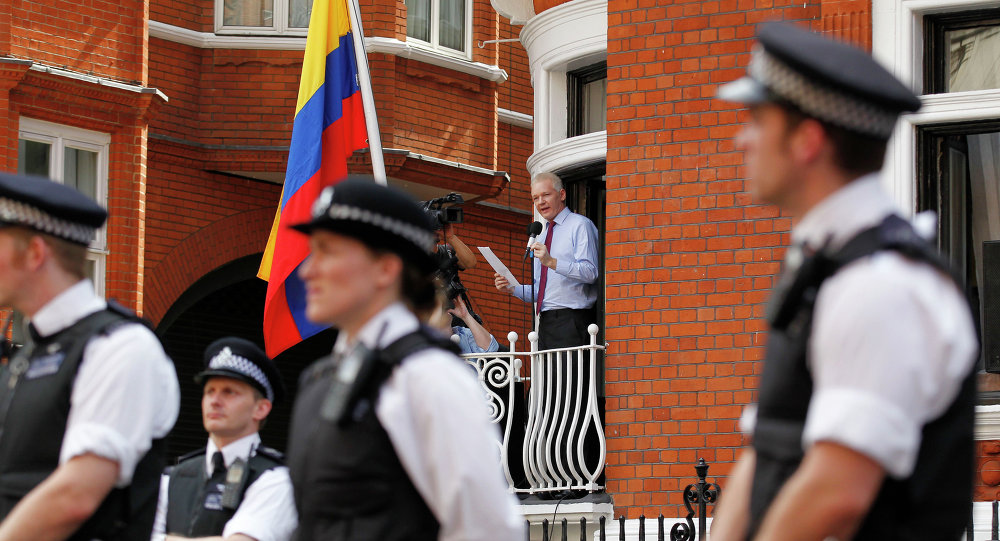 QUITO (Reuters) - The president of Ecuador, Lenin Moreno, ordered the withdrawal of additional security assigned to the Ecuadorian embassy in London, where WikiLeaks founder Julian Assange has remained for almost six years. The Australian took refuge in the small diplomatic headquarters in 2012 to avoid charges in Sweden. He rejects the charges and prosecutors have abandoned their investigation. However, British authorities are still seeking his arrest. “The President of the Republic, Lenin Moreno, has ordered that any additional security at the Ecuadorian embassy in London be withdrawn immediately,” the government said in a statement. “From now on, it will maintain normal security similar to that of other Ecuadorian embassies,” the statement said. Ecuador suspended Assange’s communication systems in March after his pointed political comments on Twitter. Moreno has described Assange’s situation as “a stone in his shoe.”