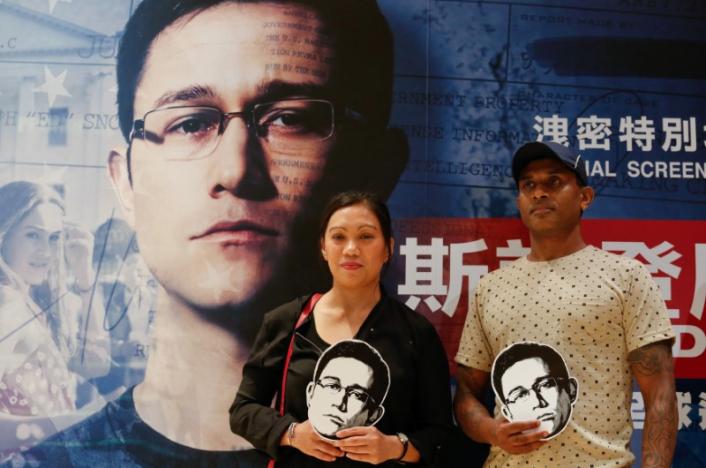 HONG KONG – The new movie 'Snowden' held its premiere in Hong Kong on Friday (September 30) night. The asylum-seeking family who, at one point, hid the U.S. whistle-blower in their Hong Kong apartment after he fled his country, attended the premiere of the film, which tells the story of the former U.S. National Security Agency (NSA) intelligence contractor. Edward Snowden's lawyer in Hong Kong, Jonathan Man, pointed out his client was actually helped by people who were also stateless. The movie was shot by US director Oliver Stone, known for his controversial revisions of key moments in American history and raising questions about U.S. government accountability. Snowden leaked details about the US government's massive surveillance programs and was granted asylum in Russia, after fleeing the United States in 2013. Supporters see him as a whistle-blower who boldly exposed government excess. But the U.S. government has filed espionage charges against him for leaking intelligence information. The film is based on two books about Snowden written by The Guardian journalist Luke Harding and Snowden's Russian lawyer, Anatoly Kucherena. –Reuters