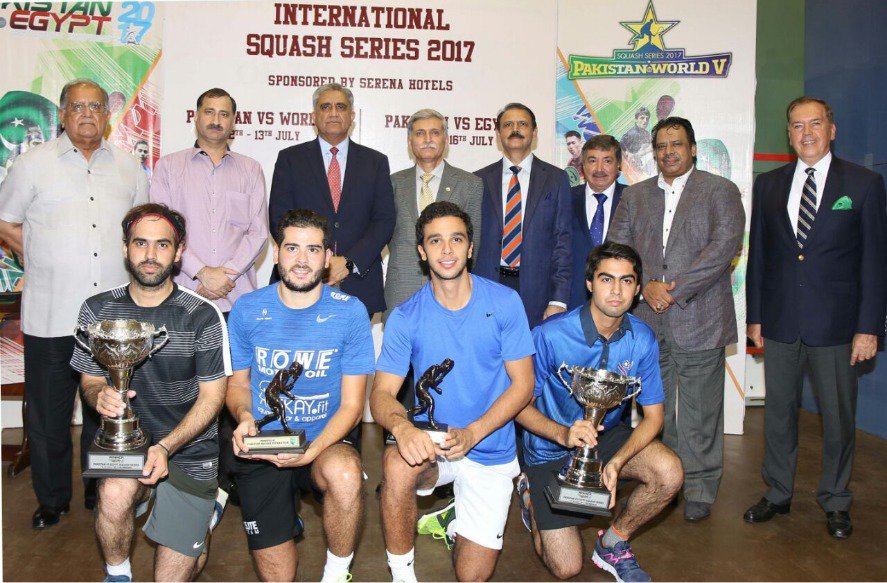 Egypt won the series by 3-2. Two matches were played on the last day of the series. In the first match, Pakistan’s Israr Ahmad beat Egypt’s Aboulghar, while Pakistan’s Farhan Mehboob beat Egypt’s Karim Abdel Gawad, in the second and last match.

The chief guest awarded trophies to the winners and runners-up of the tournament.