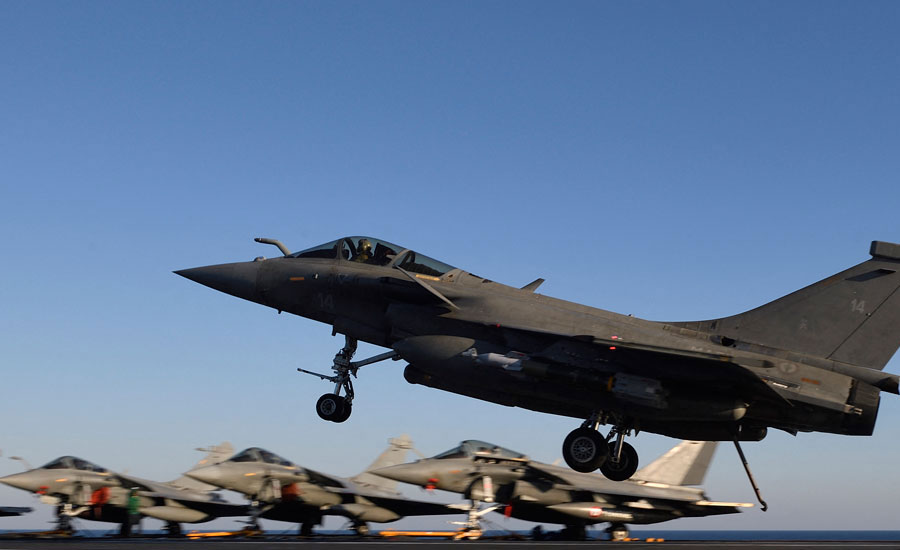 The order, which follows the 2015 purchase of 24 Rafale jets, will be financed through a 10-year loan, the military said in a statement late Monday.

Investigative site Disclose had reported earlier Monday that the order was part of a secret mega-defence deal worth almost four billion euros ($4.8 billion).

Egypt is the world’s third biggest arms importer after Saudi Arabia and India, according to the Stockholm International Peace Research Institute.

Its arms purchases grew by 136 percent over the last decade and it has diversified its sourcing beyond the United States, buying military equipment from France, Germany and Russia, the institute said in a report released earlier this year.

The new Rafale deal “reinforces the strategic and military partnership between France and Egypt,” French Defence Minister Florence Parly said in a statement on Tuesday.

“This contract illustrates the strategic nature of the partnership that France maintains with Egypt, while our two countries are resolutely committed to the fight against terrorism and are working for stability in their regional environment,” the statement added.

Cairo has positioned itself as a bulwark of stability in the region as the conflict in its western neighbour Libya grinds on.

At a joint press conference with Sisi in Paris in December, Macron said: “I will not condition defence and economic cooperation matters on these disagreements (over human rights).”