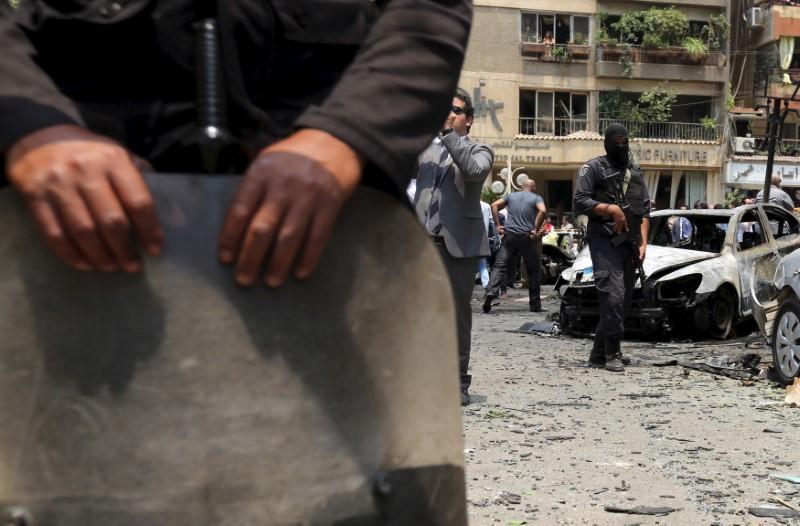 CAIRO (Reuters) - A Cairo criminal court on Saturday sentenced to death 28 people over the 2015 killing of Egypt's top prosecutor and handed 15 others jail sentences of 25 years each.

The court had in June recommended passing the death penalty to Egypt's top religious authority, the Grand Mufti, who can approve or reject the recommendation.

The sentences, confirmed by the court in Saturday's hearing after the Grand Mufti's approval, can be appealed.

Public prosecutor Hisham Barakat was killed in a car bomb attack on his convoy in Cairo, an operation for which Egypt blamed the Muslim Brotherhood and Gaza-based Hamas militants. Both groups have denied it.