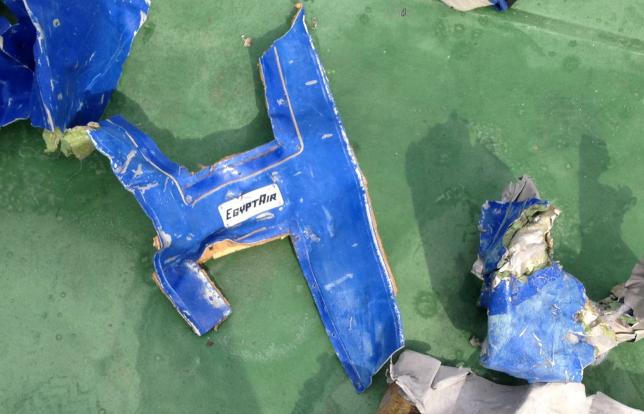 CAIRO – Human remains retrieved from the crashed EgyptAir flight suggest that there was an explosion on board the plane, although no traces of explosives have been detected, an Egyptian forensics official and investigation sources said on Tuesday. The official based his assessment on the small size of body parts so far recovered from the Mediterranean Sea, where EgyptAir flight 804 crashed on Thursday. “The size of the remains points towards an explosion, the biggest part was the size of a palm,” the forensics official said, adding that about 23 bags of body parts had been collected since Sunday. However, another senior forensics official said only a tiny number of remains had arrived so far and it was too early to specify whether there had been an explosion aboard. French investigators say the plane sent a series of warnings indicating that smoke had been detected on board as well as other possible computer faults shortly before it disappeared. The signals did not indicate what may have caused smoke, and aviation experts have said that neither deliberate sabotage nor a technical fault could be ruled out. Investigators rely on debris, bags and clothes as well as chemical analysis to detect the imprints of an explosion, according to people involved in two previous probes where deliberate blasts were involved. –Reuters