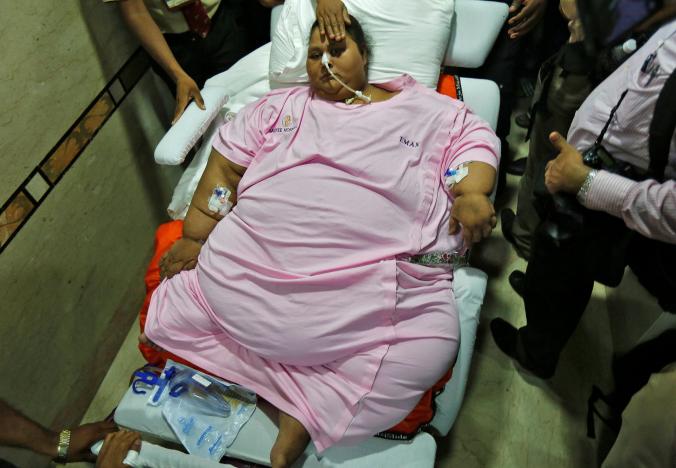 MUMBAI – An Egyptian woman widely believed to have been the world's heaviest woman left an Indian hospital on Thursday more than 300 kg lighter for further treatment in Abu Dhabi.

A series of operations in Mumbai brought her weight down to below 200 kg (440 lb), her doctor, Muffazal Lakdawala, wrote in a blog post. But she would need further surgery to walk again, he said.

Lakdawala wrote on Wednesday that he had promised Ahmed "a healthier life and weight loss" which he had achieved.

"Her bone structure is poor," Lakdawala wrote. "So many years of disuse have compounded the problem. She will need multiple surgeries to straighten her hips and knees."

Indian media outlets have said Ahmed's family was not satisfied with her treatment in Mumbai and that differences had arisen with the staff.

Ahmed's family could not be immediately reached for comment. –Reuters