Eidul Azha being celebrated in Gulf countries including Saudi Arabia Eidul Azha being celebrated in Gulf countries including Saudi Arabia

The day dawned with special prayers in mosques for well-being of the Ummah and progress, prosperity and security of the country.

Eid prayers were offered in more than 12,000 mosques in Saudi Arabia, including Masjid Al Haram and Masjid-i-Nabwi. Ulema delivered sermons highlighting significance of the day and philosophy of the great sacrifice. Imam of Kaaba Sheikh Abdullah Juhany delivered the Eid sermon in Masjid-ul-Haram while Dr Abdul Bari bin Awad delivered the sermon in Masjid-e-Nabawi. 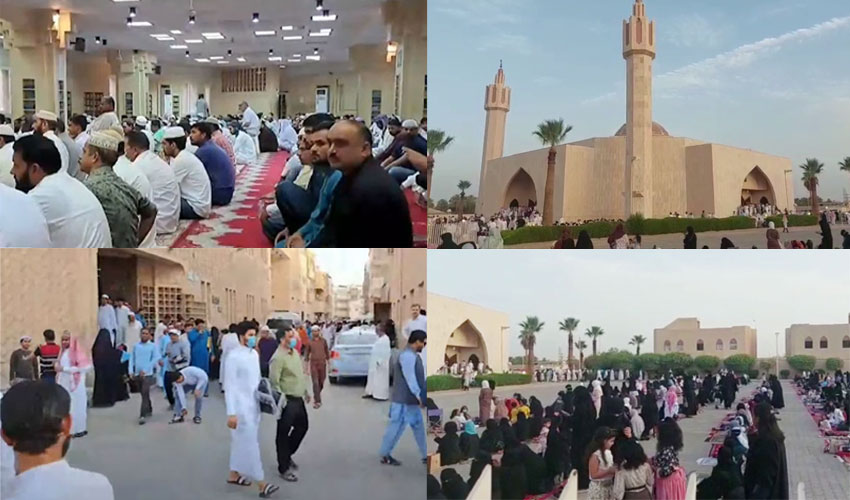 People are sacrificing animals to follow the Sunnah of Hazrat Ibrahim (AS). Muslims traditionally mark Eid Al Azha by slaughtering animals with the meat shared among family and given to the poor.