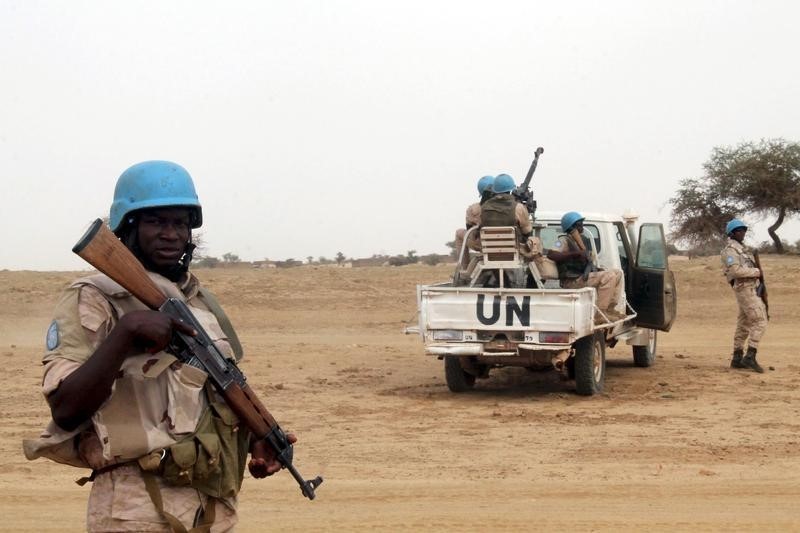 BAMAKO (Reuters) - Eight UN peacekeepers were killed and several were wounded while repelling an attack by armed assailants near a village in northern Mali on Sunday, the West African nation’s UN mission said. The identity of the attackers was not immediately clear UN peacekeeping and French forces are stationed in northern Mali to combat well-armed jihadist groups seen as the gravest threat to security across Africa’s Sahel region. The clash near Aguelhok occurred early on Sunday following an attack “by assailants in many armed vehicles,” the UN peacekeeping mission in Mali (MINUSMA) said in a statement. It said peacekeepers had thwarted the attack, but eight died and several were wounded. The mission’s chief Mahamat Saleh Annadif demanded “a robust, swift and concerted response.” A 2015 peace deal signed by Mali’s government and separatist groups has failed to end the violence. Islamists have also staged assaults on high-profile targets in the capital, Bamako, and in neighbouring Burkina Faso and Ivory Coast. French forces intervened in Mali in 2013 to drive back fighters who had hijacked a Tuareg uprising a year earlier, and some 4,000 French troops remain there. The UN Security Council then deployed peacekeepers, which have been targets of a concerted guerrilla campaign.