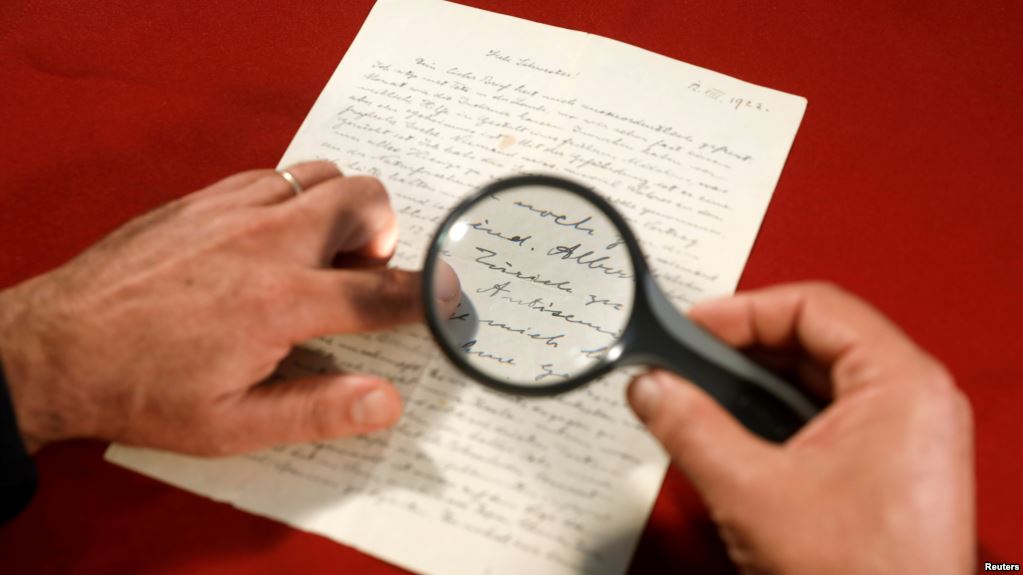 JERUSALEM (Reuters) - A 1922 letter in which Albert Einstein confided his fears of the rise of anti-Semitism in Germany, more than a decade before the Nazis took power, sold at an Israeli auction on Tuesday for $32,000 (£24,680). “Here are brewing economically and politically dark times, so I’m happy to be able to get away from everything,” wrote the 43-year-old physicist to his sister, Maria, after leaving Berlin for a location that goes unmentioned in the letter. Einstein, who went on to win the Nobel Prize three months later, had departed the German capital after far-rightists assassinated Foreign Minister Walter Rathenu, a friend and fellow Jew, prompting police to warn him that he could be next. “Nobody knows where I am, and I’m believed to be missing,” Einstein wrote. “I am doing quite well, in spite of all the anti-Semites among my German colleagues.” The letter refers to a journey Einstein planned to Japan, suggesting that he penned it while waiting to sail out of the northern port of Kiel. When the Nazis took over Germany in 1933, launching a campaign of anti-Jewish persecution that would culminate in the Holocaust, Einstein was on a lecture tour abroad. He renounced his citizenship and eventually settled in the United States. “What is special in this letter that Einstein really forecast - he’s seeing in advance, 10 years in advance - what is going to be in Germany,” said Meron Eren, co-founder of the Kedem Auction House in Jerusalem, which sold the artefact to an unidentified bidder.