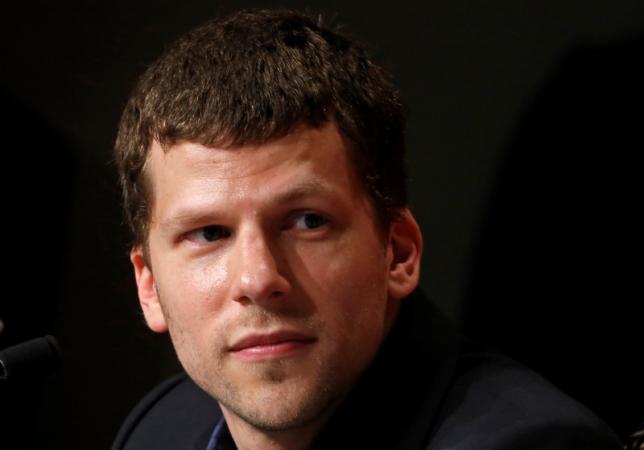 LONDON – Oscar-nominated actor Jesse Eisenberg brings his self-penned play "The Spoils" to London audiences, making "a nerve-racking" stage debut in Britain which he regards as a theater mecca. The tragicomedy, in which Eisenberg also stars, showed off-Broadway last year and the production has transferred to the West End for a limited season. The 32-year old actor, known for "The Social Network" and more recently "Batman v Superman: Dawn of Justice", plays Ben, a callous wannabe filmmaker, living in a comfortable apartment bought by his father.
Staying with him is his friend Kalyan, a hard-working, earnest Nepalese immigrant studying business at New York University, who is played by "The Big Bang Theory" actor Kunal Nayyar.
When Ben's former school crush Sarah comes over for dinner with her partner Ted, tensions soon arise in the flat with Kalyan watching as his friend sets off on a path of self-destruction.
"What the play does discuss is kind of generational strife. My character is third generation American and I think he feels the kind of laziness of assimilation," Eisenberg told Reuters in an interview. "Kunal's character is a new immigrant from Nepal and struggling to make it in an exclusive world of ... privilege that he is not a part of. The play discusses those themes and how my character, in a way, has lost his meaning because he doesn't have to struggle." Although no stranger to theater -- this is the third play the actor has written -- Eisenberg said he was worried about performing in the British capital. "It is ... nerve-racking. I, very much, am in awe of the theater that's performed in London and actually all around the UK. It's really a kind of a mecca for theater, I would say more so than New York," he said. "The Spoils" runs at Trafalgar Studios till August 13. – Reuters