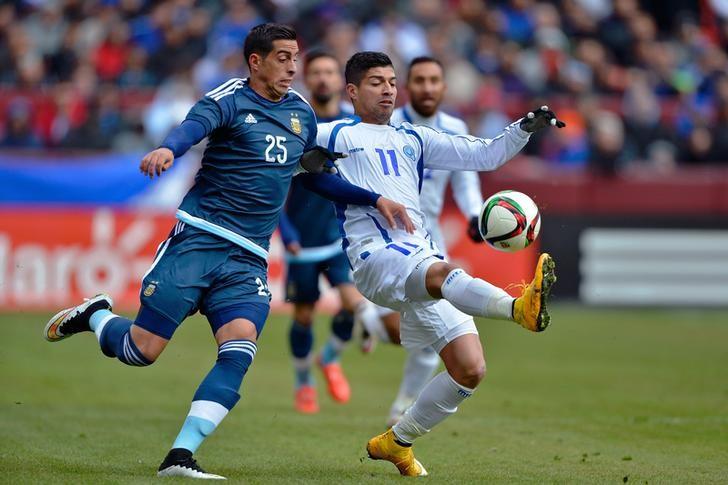 LONDON - El Salvador players claim they have been offered financial inducements to win, draw or avoid a heavy defeat in Tuesday's World Cup qualifier against Canada. A heavy defeat for the Salvadorans in the match in Vancouver could prevent their neighbours Honduras from progressing to the final stage of CONCACAF qualifying for the 2018 World Cup finals in Russia. Honduras are in pole position to progress but Canada could pip them on goal difference if they run up a score against El Salvador and Honduras lose to Group One leaders Mexico at the Aztec stadium. The Salvadorans currently sit bottom of the group with just two points from a possible 15. El Salvador captain Nelson Bonilla told reporters in a pre-match news conference in Vancouver on Monday that a Salvadoran businessman had approached the players with the offer last weekend. Bonilla played a tape of the 10-minute conversation in which the man promised varying amounts of money depending on the result and the time played by each player, from $30 a minute for a win to $10 a minute in a 1-0 defeat. "In reference to what we heard, we want to make it clear that we are against anything of this kind," Bonilla told reporters. "We want to be transparent about everything that has happened with the national team." Fourteen El Salvador internationals were banned for life for match-fixing in 2013. Salvadoran newspaper La Prensa Grafica named the businessman as Ricardo Padilla and quoted him as saying he thought there was nothing wrong with the offer as he was not asking the players to throw the game. "Let them investigate, I'm not worried," he told the paper. "Those who want to see it as something bad can see it that way and those who want to see it as something good then they can too." Relations between El Salvador and Honduras have not always been harmonious on the soccer pitch and the two Central American nations famously went to war in 1969 after a rancorous best-of-three World Cup series. The short-lived conflict had been brewing for months but angry scenes during the matches led to border skirmishes in which hundreds of people were killed and that were forever remembered as the Soccer War. -Reuters